Load One builds a model for growth based on keeping drivers

Earlier this year, John Elliott reached a decision about the future of Load One. For the company to continue to grow and move forward, he had to choose between opposing strategies. The first strategy was to spend more money on recruiting.

“I watched as our competitors were offering sign-on bonuses of up to $15,000,” says Elliott, president and chief executive officer of the Taylor, Mich.-based full-service expedited hauler. “While I realized many of the extremely high ones were not very obtainable by most owner-operators, some in the $3,000 to $5,000 range were.”

Elliott soon concluded that this strategy was not sustainable. Thinking that the escalating competition of sign-on bonuses was an unproductive path, he decided Load One would take the road less traveled.

The company developed an online rewards program to set it apart in the minds of its drivers.

“We chose to not follow the flock and went the opposite direction,” he says. “We made our current fleet the priority. It just seemed like money better spent and more logical in the long run to retain what you have and grow that way versus constantly pushing to recruit what you don’t know.”

During this decision period, the company’s turnover rate was trending slightly above 16 percent per quarter. The rate was good compared to the industry average, but in order to grow, Load One’s retention rate would have to be great.

Elliott and his management team have strived to build a driver-centric company for years, but retention now had become the directive. They went back to work and attacked the problem from all angles. Everything, including hiring decisions, was evaluated through the lens of retention.

The process of evaluating Load One’s retention strategies led Elliott to explore new ideas that he felt were necessary to set the company apart in the minds of drivers. While talking to a friend who had left the transportation industry to start a new business, Elliott says he found the “icing on the cake.”

The program is similar to corporate rewards programs such as Delta SkyMiles where individuals earn points for conducting routine business transactions. With these points, drivers reach different status levels and redeem them for merchandise and other items, all through an online portal.

If viewed as an incentive program, Gold Rewards is a paradigm shift for the transportation industry. Whereas most incentive programs are created to drive operational improvements such as fuel savings or asset utilization, Elliott wanted the return on investment from Gold Rewards to be retention.

“We looked at other reward programs inside and outside the industry,” he says. “One of the things we quickly noticed was that a lot of programs were better for the company than the individual.”

Besides benefitting drivers, the program was designed to be a data collection tool. Load One collects data from drivers through anonymous surveys that they complete through the online portal in exchange for Gold Rewards points.

Drivers rank the dispatch staff by proficiency, knowledge and understanding of the owner-operator business. The results are used to create benchmarks and gauge improvement.

Load One’s business partner for Gold Rewards is working with the University of Notre Dame to provide analysis of data and trends in driver retention, and Load One already has changed some assumptions as a result. Retirement and health care programs turned out to be more important to owner-operators than management thought.

“We had always assumed pay was one of the major factors, but it didn’t come in the top 50 percent of answers,” Elliott says. Load One also gained insight to driver demographics and the “hot spots” of retention for each age group.

Having a Web portal for the Gold Rewards Program also gives the company another communications tool. “With guys logging in on a regular basis, it created a landing page to help convey things to the fleet,” Elliott says.

Rolling out the rewards

We chose to not follow the flock and went the opposite direction.”

Drivers earn points for not having hours-of-service infractions, turning in vehicle inspection and maintenance reports, and completing online training by a certain day each month. They also earn points each quarter for having no accidents or moving violations. Every six months they receive points as a reward for longevity. Load One periodically exports all of this data from its office systems into an Excel template, which then is uploaded to the Web portal.

“I want to reward good behavior and people for doing the right things they should be doing anyway,” he says. “We are not trying to look for an ROI operationally, but an ROI in retention.”

Drivers can redeem points through an online catalog of thousands of general merchandise items. By meeting all of the above requirements, a driver could earn enough points in a year to buy a big-screen TV. Load One also includes small-ticket items like movies, e-books and Kindle downloads for drivers that want more immediate gratification.

The Gold Rewards Program started in July, but it took several months before Load One felt an impact. After the first three months, enthusiasm picked up.

“Now we are moving into the tangible phase with momentum building and drivers starting to cash in their points and get rewards,” Elliott says. “We have added a lot of quizzes and bonus trivia for drivers to earn points to build excitement.”

Results for the first phase of the program have been encouraging. Turnover dropped a full 10 points in the first quarter – July through September – to below four percent. These results came without a change in pay or other benefits. Elliott says the company ultimately expects its annual turnover to drop by at least 20 percent.

Almost 90 percent of drivers now log in to the portal regularly. Getting the other 10 percent of drivers online will be a challenge, since many of them do not have an e-mail address, Elliott says. As for the cost of the program, he says it is about the same as it would be for hiring additional recruiters and marketing expenses. Currently, Load One has one recruiter for 365 trucks – 32 company drivers and 333 owner-operators.

“Most carriers have one recruiter for every 75 to 100 drivers,” Elliott says. “We’d rather see our return on investment come from retention.” 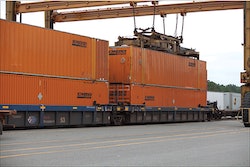 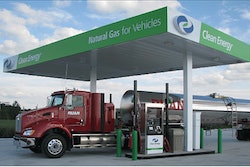 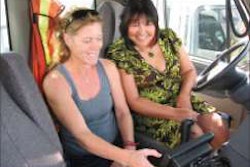