OrTran came to a crossroads in early 2013. Looking at the road ahead, David Orscheln and Chris Gallup knew the status quo for the business and the trucking industry was not sustainable.

Since its founding in 1993, Kansas City, Mo.-based OrTran had been an over-the-road (OTR) truckload and intermodal carrier.

Orscheln, the founder, president and chief executive officer, had grown weary of recruiting over-the-road drivers from the same pool as its competitors.

OrTran already had electronic logs, as the company has been in CSA since the program started in 2010 with Missouri as the test state. Orscheln became concerned about the impacts of CSA on drivers due to lost productivity and more.

“That’s what we talked about three years ago,” Orscheln says. “That is when I started saying that with the hours of service rules and everybody talking about a 10 percent reduction in productivity, what do we need to do to not hurt the drivers?”

The conversations led OrTran in a new direction.

“I didn’t want to be in the traditional over-the-road model anymore. I wanted to find something unique and different that would be attractive to a driver’s life,” he says.

In 2013, Orscheln and Gallup, the chief operating officer, created a new business model for OrTran with the mission to improve the lives of drivers, and the lives of their spouses and children. The objective was to create a network that gave drivers a predictable work schedule and daily home time.

As part of its network redesign, they also wanted to maximize productivity and offer customers better service to command the highest possible rates.

One of the first steps in the process was to part ways with intermodal operations and make the business more manageable, Orscheln says.

“The identity of our trucking company as a business was intermodal plus truckload,” he says, but “there were too many variables to keep up with.”

The intermodal business was dissolved in July, 2013. Next, they focused on updating information systems to cut costs and better manage the business with automation and visibility.

“We were fragmented. We didn’t have our systems integrated and we muddled through,” explains Gallup. “The way we were sitting with our system was clunky at best.”

Orscheln was familiar with efforts being made by other truckload carriers to design regional and dedicated models to make driving careers more attractive. He wanted something a “little different,” he says, and started by purchasing a new office facility in October, 2013.

The renovation of the new facility embodies the company’s ideals and investments in technology that make lives better for drivers and office staff, he says.

Drivers at OrTran have traditionally been on the road for three weeks at a time. Much of this was due to the company’s shotgun approach to load planning, Gallup says. Its annual turnover rate exceeded 100 percent in 2013.

Management took a closer look at the freight network to match up customer and driver schedules in a way that returned drivers home every two weeks without lost productivity.

This led to the next breakthrough where OrTran got drivers home every weekend and kept their average weekly miles between 2,500 and 2,700.

The most recent iteration is “Driver Tours,” where drivers can return home daily after completing a round trip of approximately 500 miles. A driver takes a load 250 miles out, hooks up to a loaded trailer at the midpoint or final destination, and makes a return trip.

Kansas City, Mo., is the main pivot point in the Driver Tours network. The first tour began by setting up a secure drop lot in Muskogee, Okla., halfway between customer shipping and receiving facilities in Kansas City and Dallas. This freight lane has a distance of 500 miles, and drivers assigned to the tour are based in Kansas City and Muskogee.

It also started new Driver Tours from Kansas City to St. Louis, Mo., to Wichita, Kan., and to Crete, Neb. Another pivot point is St. Louis and it has a Driver Tour to Indianapolis, Ind. The company is presently working on another tour between Indianapolis and Atlanta, Ga.

OrTran began using slip seat operations to maximize asset utilization. Its trucks average more than 3,400 miles per week using two driver shifts. One group starts a shift at 6 AM and another at 6 PM from Kansas City, for example.

Besides having a new recruiting pitch, spelled out in its website www.ortrantours.com, the company has a new story to tell customers. Sometimes management has to remind them that any delays in loading or unloading can prevent drivers from returning home due to hours-of-service restrictions, Orscheln says.

“Customers want it to succeed,” he says. “Not all of them do, but it is definitely intriguing.”

The new model has had some setbacks. Just as Orscheln and Gallup were going through network changes the freight market softened, making it difficult to keep the Driver Tours network balanced.

“It is hurting us and we have to be careful of deadhead. Sometimes we send drivers home empty, but at least we are trying something new,” he says.

Since 2013, approximately 80 percent of the office staff has turned over due to downsizing for economic reasons and as the fleet has become more efficient through technology.

In some instances, employees were let go because they “wanted to stay in the old model and talk down to drivers,” Orscheln says.

At present, OrTran runs 60 trucks and 100 drivers. In terms of power units the company is half the size of 2013, but is growing with plans to reach 100 trucks, he adds.

Driver recruiting has improved by attracting a younger and more professional group of drivers, Gallup says. The new business model has made it possible to be more selective in who it chooses to retain.

“We are at a point now where we are replacing guys that we would traditionally hold onto,” he says. “Operationally, things are much better. We are not dealing with chronic issues.”

In 2013 the company had an internal staff of two recruiters and it used outside recruiters. Today its recruiting expenses are down by $40,000 a month with only one internal recruiter on staff, Gallup says.

The company’s driver turnover is still high — currently at 14 percent a month — but Orscheln expects it will go down as drivers get used to the additional responsibilities that come with the new work schedules that get them home every day.

Sometimes drivers do not show up to work on time when they are home more often, he says. Others find they are better suited for a life on the road.

“Everybody thinks they want to be home, but some marriages work by the driver not being home,” he says.

With a soft economy in 2016, OrTran has not yet seen big financial returns from efforts to improve driver lives, but leadership believes it is moving in the right direction.

“We can’t say we’ve been successful yet, but we are trying to do something different,” Orscheln says. 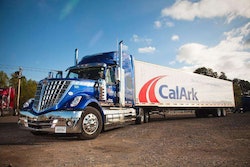 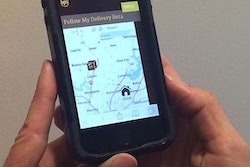 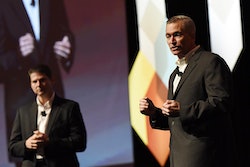 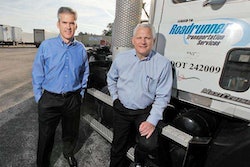