A little less than two weeks after autonomous truck developer TuSimple on Oct. 30 fired Xiaodi Hou, who was serving as chief executive officer, president and chief technology officer, the company has named a permanent successor in Cheng Lu, who led the company as CEO from September 2020 through March 2022.

Hou was fired after a report from the Wall Street Journal alleged TuSimple was being investigated by the FBI, the Securities and Exchange Commission and the Commission on Foreign Investment about its ties with Hydron, an autonomous startup founded by TuSimple co-founder Mo Chen earlier this year. A TuSimple filing with the SEC said it believed Hydron “has significant operations in China,” and that a number of its employees “spent paid hours working on matters for Hydron.”

"I'm returning as TuSimple's CEO with a sense of urgency to put our company back on track," Lu said. "We've dealt with turmoil this past year, and it's critical that we stabilize operations, regain the trust of our stakeholders and provide the talented team at TuSimple with the support and leadership they deserve. I look forward to the opportunity to execute on our vision, which hasn't wavered since we started this company seven years ago, and I am committed to being open and transparent on our progress as we move forward."

TuSimple also announced this week that Chen has been named Executive Chairman of the Board. Lu was also appointed as a new member of the Board.

Diesel prices projected to remain above $5/gal into 2023

The Department of Energy’s Energy Information Administration in its monthly Short-Term Energy Outlook released this week revised its outlook for retail diesel prices for the fourth quarter of 2022 and the beginning of 2023.

EIA said it expects national diesel prices to average more than $5 per gallon for the rest of 2022. EIA’s national average for a gallon of on-highway diesel was $5.33 during the most recent week ending Nov. 7.

The administration said it does expect a slight contraction of the U.S. economy to bring distillate prices down in the first half of 2023, however. 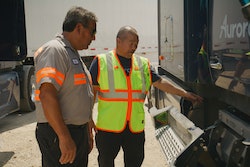 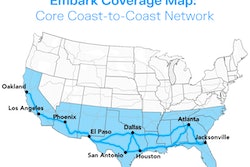 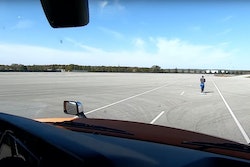 Watch: Prius, cyclist spared from tractor-trailer thanks to ZF OnGuardMAX 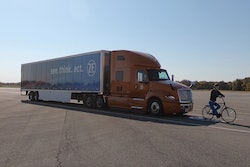