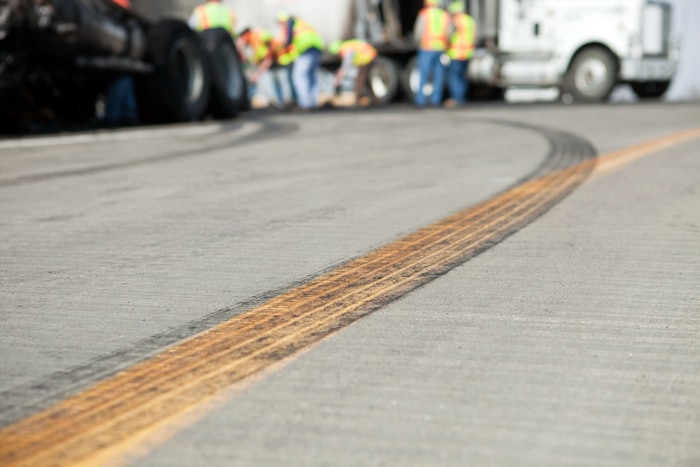 Distracted driving kills. It causes injuries and delays. From a coaching perspective, it holds back drivers and fleets from their full potential and damages the image of trucking and logistic across society. Most disturbingly, distracted driving has jumped during the pandemic, and now poses an even greater risk to fleets.

A new report from Omnitracs analyzed the company's the SmartDrive database from more than 29 billion driving miles events and accompanying telematics data across truck drivers to present a comprehensive picture of what's distracting drivers, and what the consequences are. The analysis included in-cab video data to determine when a driver became distracted.

The study drew data from 2019 and 2020, when the pandemic saw the number of cars on the road drop but the share of accidents that turned fatal spiked.

“Preliminary National Safety Council (NSC) data indicates that 42,060 people died in motor vehicles crashes in 2020,” said Jason Palmer, general manager of transportation intelligence at Omnitracs. “That’s an 8% rise from 2019, and 2020 was a year where people drove significantly less frequently because of the pandemic. In addition, the rate of death on the roads spiked 24% over the previous 24-month period, despite miles driven dropping 13%."

Generally, professional drivers in trucking outperformed the public as truck-involved crashes resulted in an estimated 4,895 fatalities in 2020, down from 5,005 fatalities in 2019. But, according to the Palmer, "distracted driving is still an epidemic."

What distracts drivers before a crash? 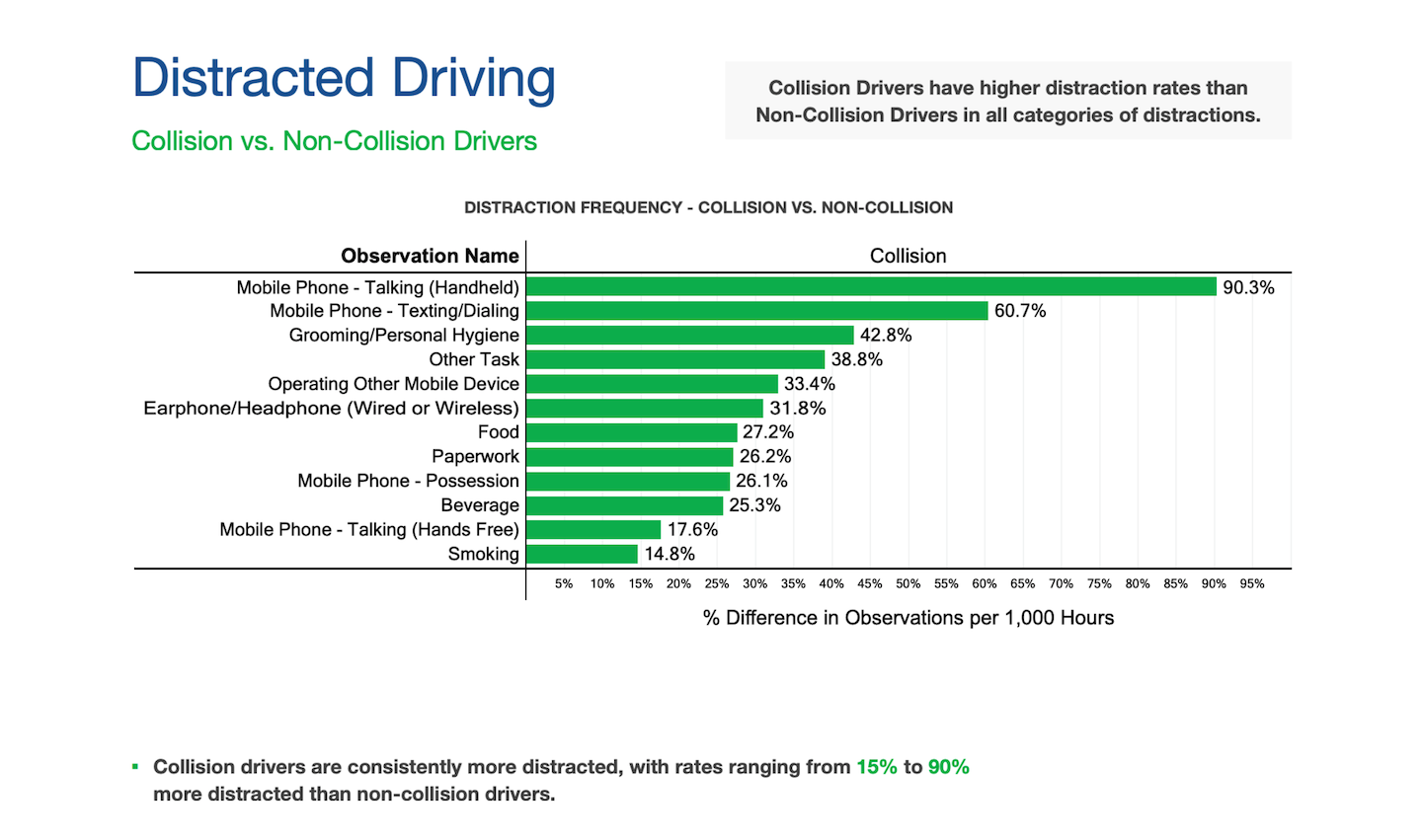 The study found the "observation rate" (observations per 1,000 hours) for distracting behaviors for drivers involved in a collision and compared it to drivers that didn't get into a collision. It found a strong correlation between certain behaviors and unsafe driving.

What are the consequences of distracted driving?

Omnitracs' report found that the 25% of drivers most distracted drivers observed were 72% more likely to be involved in a near collision than other drivers, and that drivers distracted by mobile phones are three-times more likely to drive more than 10 miles per hour over the speed limit and more likely not to wear a seatbelt.

How fleets can combat distracted driving

The report from Omnitracs, which sells a fleet intelligence software platform that heavily relies on in-cab video, concludes that the only effective remedy against distracted driving comes from video and real time coaching.

"The only way to definitively measure the problem and eliminate it is with video. A video-based safety program allows fleet and safety managers to understand each driver’s level of The risk and correct it through effective coaching," the report read.

Congress has, in the past, proposed bills that would provide grants for states that ban mobile phone use while driving, but simply penalizing mobile phone use may not prevent distracted driving before accidents can occur.

Instead, Omnitracs suggests real-time coaching and warnings and indicators for distracted drivers.

Defensible or not? Experts give steps to prevent legal risks