Baird was among the nominees for the award that was to have been given last year. However, that was, like so many other things in 2020, postponed by the COVID-19 pandemic, and given at this year's gathering.

In his acceptance speech, Baird said winning the William A. Usher Sr. Award was like receiving "a lifetime achievement" honor. And, what a driving lifetime it has been for the 75-year-old, who delivers plastic pellets used to make cutlery for Walmart. Baird began his professional driving career as an 18-year-old owner-operator with a 1960 International Harvester Emeryville. Since then, he has:

All that time, Baird said his focus has been on safety, and for good reasons.

"My goals and the goals of other tanker drivers are to protect the motoring public, protect the reputations of the tank truck industry and our individual companies," Baird said when accepting the award. "I know in a split second I could lose the privilege of doing the job that I love."

The award's winner was announced by the 2018-2019 winner, Barbara Herman, a driver for K Limited Carriers. The award is sponsored by Great Western Casualty Insurance Company.

The other award finalists included:

Waymo raises $2.5 billion in funding
Waymo, the self-driving unit of Google’s parent company Alphabet, announced this week it raised $2.5 billion during its latest investment round. The announcement comes less than a week after Waymo and J.B. Hunt announced a partnership that will see the carrier move freight autonomously in Texas using the Waymo Via platform.

Through Waymo’s delivery business unit, Waymo Via, the company is working with freight partners, including J.B. Hunt, to efficiently move freight cross-country with its growing fleet of Class 8 trucks. On a local level, Waymo Via is delivering safely and efficiently on behalf of the company’s clients, including UPS and AutoNation.

The partnership kicks off immediately with Plus’s autonomous truck hauling equipment from Winnemucca, Nevada, to South San Francisco, California, to be used for a wildfire detection project in California. Additional hauls will take place over the next year of the pilot program.

“Sustainability is part of the core mission for both Plus and Good Machine,” said Shawn Kerrigan, COO and Co-founder at Plus. “By joining forces, we are creating a win-win-win for our companies and the environment. Plus is delighted to serve as an enabler of Good Machine’s inspiring sustainability efforts by using our fuel-efficient autonomous trucks to transport the equipment and supplies needed to launch these projects.” 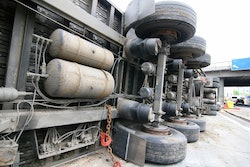 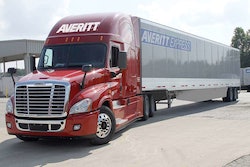 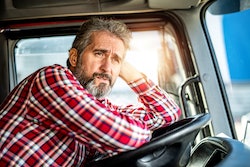 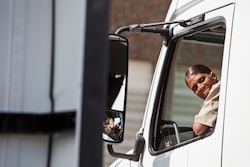