The U.S. Supreme Court will kick off the new year with a special session Jan. 7 to hear oral arguments regarding President Joe Biden's COVID-19 vaccine mandate for private employers with 100 or more employees.

The mandate, which would require vaccines or mandatory weekly testing for the unvaccinated, has faced multiple legal challenges since it was announced in October. Opinions in the lower courts to-date have been mixed, with the Fifth and Sixth Circuits issuing conflicting rulings. The mandate has been on hold since Nov. 6, when the Fifth Circuit Court of Appeals granted an emergency motion to temporarily stay the Occupational Safety and Health Administration’s rule’s enforcement.

The Sixth Circuit Court of Appeals in Cincinnati ruled Dec. 17 that, contrary to the Fifth Circuit’s opinion, Occupational Safety and Health Administration (OSHA) does have the authority to require such a mandate. The court cited provisions in the Occupational Safety and Health Act that established OSHA that reinforce OSHA’s authority to regulate infectious diseases and viruses. The Sixth Circuit’s ruling remains in place until SCOTUS acts, whenever that may be.

Among those opposing the mandate are the American Trucking Associations, 27 state attorneys general and governors, various business and organizations.

Given the legal wrangling that lies ahead, OSHA said it will not cite companies with failure to comply with vaccination requirements until Jan. 10, 2022, or non-compliance with COVID testing before Feb. 9.

These drivers will now advance to the final round of the selection process next month in Washington, D.C., where a panel of industry professionals will judge them on their knowledge of the tank truck industry, dedication to safety, ability to communicate the industry’s messages, overall safe driving record, and their positive community efforts outside of their driving responsibilities.

The Grand Champion will be unveiled at the NTTC’s 2022 Annual Conference & Exhibits at the Hilton San Diego Bayfront, April 23-26.

“Congratulations to the eight Champion Finalists and all of the professional drivers who applied this year,” said NTTC President and CEO Ryan Streblow.  “In our unique segment, safety is the single most critical element of success and these finalists epitomize the safety culture that the tank truck industry is recognized for."

During the Grand Champion’s one-year term, he will serve as the face of the industry, representing NTTC at safety-focused events throughout the year, and sharing NTTC's mission of safety and education with the general public.

The award is sponsored by Great West Casualty Company.

Eagan, Minnesota-based Bay & Bay Transfer Co. (CCJ Top 250, No. 171) announced last week that drivers joining the carrier will start at between 60 and 64 cents per mile base pay plus accessorial pay.

“Driver pay is key in both hiring and retaining drivers," said Michael Blair, director of driver recruitment at Bay & Bay. "From the top down here at Bay & Bay, we understand the importance of not only bringing on new drivers, but keeping your drivers that have been with you for years satisfied."

A statement from the company said continuing their commitment to being a top-paying trucking company, Bay & Bay has raised driver pay four times over the last 12 months. In May 2021, the company raised driver company pay 5 cpm and in July 2021, it announced what it said was an unprecedented pay increase for independent contractors with a base pay of $1.40 up to $2 on loaded miles and $1.10 on empty miles. 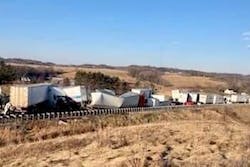 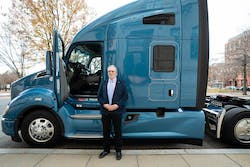 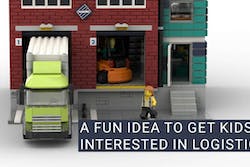 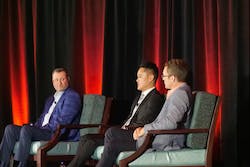