Before electrification, fleets seeking to reduce their carbon footprint turned to natural gas.

While sales of natural gas trucks have never made up a significant portion of the overall Class 8 order book, it does continue to grow.

For the first 11 months of 2021, according to data released by ACT Research, U.S. and Canadian Class 8 natural gas truck retail sales rose 3% year-to-date against 2020. Total U.S. Class 8 sales were up 16% for the same period.

Sales of compressed and liquified natural gas trucks produced mixed results late in 2021 with September enjoying a small year-over-year gain and October and November each losing ground, according to Steve Tam, ACT Research vice president. "In the near term, September saw a middling sequential gain, while October sank before sales jumped month-over-month in November," he said. "Combined, sales in the three-month period diluted year-to-date gains meaningfully, a pattern that started in July.”

Tam noted that competition in the green energy space is fierce, and zero emission is putting pressure on sales of near-zero emission units and development of the natural gas infrastructure.

"We're also seeing an overall increase in electric charging stations, both existing and planned, but a continuing decline of total natural gas stations, particularly those planned for the future," he said. "That said, we still see articles about natural gas use in transportation, as well as discussions about hydrogen fuel cells and investments, but the overwhelming amount of trade-industry headlines this quarter seemed to focus on electric commercial vehicle development.”

For 2020, Tam said sales of natural gas trucks comprised 2.6% of the North American Class 8 market and he estimated for 2021 penetration would hit 2.5%, "so a small decline," he said, "the result of the diesel market growing faster than the NG market." 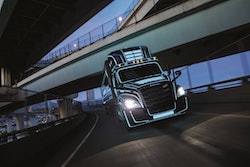 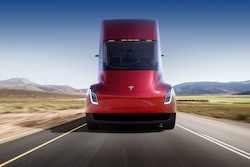 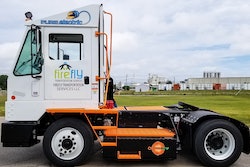