Is there a fight for parking between CEVs and other types of commercial trucks?

The U.S. is pushing forward in its fight against climate change with plans in place to implement a charging infrastructure for electric vehicles.

While the government seems to be more heavily focused on paving the way for electrifying passenger vehicles, it is falling more to public-private partnerships to help motor carriers make the transition.

As charging infrastructure – as well as availability and cost – remains one of the top barriers to mass adoption of commercial electric vehicles, some truck stops across the nation are working to install CEV charging stations.

But what could that mean for the industry’s current truck parking issue?

Diesel is the predominant technology in commercial trucking, according to the Diesel Technology Forum’s analysis of data sourced from S&P Global Mobility. Of the approximately 15 million commercial trucks (Class 3-8) that make up the nation’s fleet, 76% run on diesel power while 23% run on gasoline, 0.4% run on compressed natural gas and electric and other categories register less than 1%.

With that being the case, as truck parking facilities add or expand their CEV charging spaces, it is most likely taking away valuable parking spaces for diesel-powered trucks that – at this point in time – are more likely to need the space.

In California, for every electric truck, there are about 300 diesel trucks, according to that S&P data, and that’s where the highest concentration of CEVs exist.

While large metro areas – like those in California – are the most congested, they’re also the areas with fewer parking spaces and less land for parking expansion and the areas that are more likely to have CEVs in operation.

Those areas are more likely to benefit from CEV charging stations, but it’s a bit different for rural areas. While rural areas are less likely to experience massive congestion, you still see trucks parked on interstate entry and exit ramps due to lack of parking.

For truck stops in rural areas where fewer, if any, CEVs operate, they may have better opportunities to purchase land for expanding parking and adding charging spaces. But they may also be less inclined to install those charging stations due to lack of demand.

Because they’re more likely to have space available, maybe installing CEV charging stations in rural areas lessens the demand for those stations in more densely populated areas; maybe not.

I am most certainly not suggesting the industry not move forward in its adoption of CEVs. We all benefit as the environment improves.

But this is food for thought as truck stops and other entities install charging options and how it affects truck parking and potentially causes more emissions during the transition.

Because of the lack of parking, drivers spend too much time driving around looking for a space. That increases their fuel usage and thus their emissions. And with the price of fuel up significantly, carriers are allotting more money to keep their operations running rather than spending on the costly expense of CEV adoption.

Though the problem boils down to lack of truck parking in general, it’s a delicate balancing act between CEV charging spaces and regular parking spaces, and we have to find the middle ground. 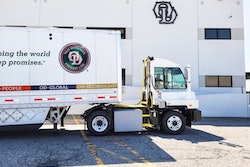 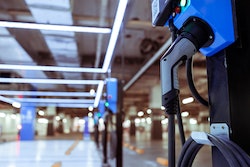 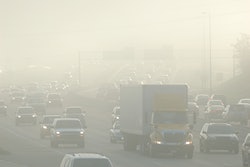 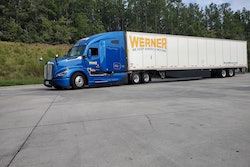