Your information systems contain hundreds – if not thousands – of data points that are updated continuously. Managing this tidal wave of information is simplified by using reporting tools to identify exceptions as they occur.

But even if you can respond quickly to incidents and events, the damage already has been done. Today, some fleets are using technology to predict the exceptions in time to intervene and prevent their occurrence.

Last month at the Qualcomm Vision 2010 user conference in San Diego, another carrier divulged how it recently began using PPS to improve driver safety and performance. Management intentionally has hidden certain aspects of the program from its drivers and fleet managers; for this reason, the company wishes to remain anonymous.

As you would expect, this carrier considers all drivers it hires upon completion of orientation and training to be good drivers. But once drivers enter the system, various factors can cause them to make bad judgments. Some factors may arise from a driver’s personal life, while others might relate to the job itself, such as work schedule and pay.

The challenge is what to do with the data.

Each of these models has five or six unique factors or “predictors” used to determine future outcomes based on actual events. Some predictors seem intuitive; two factors used in the workers’ comp model are “incidents” and “service failures.”

Others predictors are not so cut-and-dry; the analysis showed that accidents correlate with drivers who take six or more consecutive days off and send in more than five free-form messages per day. And the PPS model shows that driver turnover actually increases three to six months after a pay increase.

Every month, the PPS models create a list of drivers most likely to have an accident, leave the company or file a workers’ comp claim, among other things, within the next 28 days.

The tricky part is what to do with this information. Fleet managers have the most direct line of contact with drivers, but they are accustomed to talking about black-and-white measurements. How do they talk to a driver about something he hasn’t done yet?

As part of the implementation, operations and safety executives assign each fleet manager five drivers from the list to meet within the 28-day period. They do not tell fleet managers why the drivers are on the list, but only that they need to have a “retention” conversation based on the company’s “value-driven driving” program. At the end of the conversation, a manager asks the driver to refocus his values and priorities before getting back in the truck.

The first time the company tried this process, it had a total of 20 drivers to meet within a 28-day period. Fleet managers talked to 11 on the list; out of the remaining nine drivers, one of them had an accident. In reviewing their PPS model, the company discovered that the driver had sent several messages asking for guidance. It was apparent he was nervous and didn’t understand the expectations of the job.

Could a retention conversation have prevented this accident from happening? That’s hard to say, but in hindsight it definitely would have been worth the effort to try. n 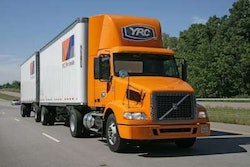 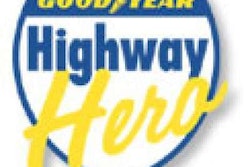 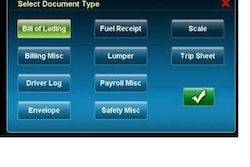