The annual TransCore Broker Benchmark Survey shows that after a tumultuous 2009, freight broker metrics are showing signs of stabilization. Survey respondents moved an average of 990 loads per month, which was not a significant change from last year’s survey, even though truck freight declined by 9 percent compared to 2008, according to the American Trucking Associations’ For-Hire Truck Tonnage Index. TransCore’s Freight Index reported that spot market load volume for the year slid by 43 percent.

Survey respondents who identified their companies as third-party logistics or freight forwarders earned the highest margins per truckload among survey respondents, with 16.5 percent in 2009 compared to 16.2 percent in 2008. The overall average was 15.6 percent, which was not significantly different from last year’s 15.3 percent average response.

The respondent group – including more than 225 brokers, broker-carriers and 3PLs – reported average revenues of $34.8 million, with average productivity exceeding $850,000 per employee. The highest productivity, of more than $1 million per employee, was reported by firms with 21 to 100 employees. 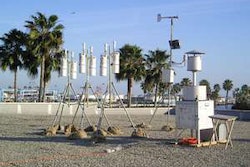 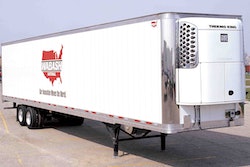