TransCore said Monday, Oct. 25, that its North American Freight Index registered a 65 percent increase in spot market freight availability in September compared to the previous year. September’s spot freight reached the highest levels for the month since 2005, which was a peak year for spot market volume. Year-over-year comparisons are expected to be progressively less dramatic in the coming months, however, as this year’s results will be compared to improving levels of freight volume seen in the second half of 2009.

On a month-over-month basis, September load volume was 4.9 percent higher than in August. Much of the incremental volume materialized in the final days of the month, as shippers rushed freight out the door before closing the third quarter. In the past six years, spot freight volume increased month-over-month three times by an average of 19 percent, and declined three times by an average of 15 percent, yielding a six-year average increase of 1.7 percent from August to September.

The increase in demand led to a slight uptick in truckload freight rates on the spot market, as measured by TransCore’s Truckload Rate Index, which is calculated using actual payments from brokers to carriers. National average line haul rates for refrigerated and dry vans increased in September by $0.02 and $0.01, respectively, compared to August. 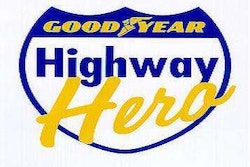 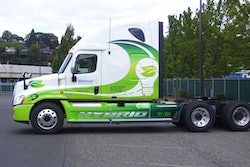