More than 1,800 drivers comment on HOS via Transflo Express

The American Trucking Associations on Tuesday, March 8, thanked Pegasus TransTech and partners Pilot Flying J and Love’s truckstops for enabling truck drivers on the road to comment on proposed changes by the Federal Motor Carrier Safety Administration in the driver hours-of-service rules.

“We are immensely grateful to Pegasus TransTech and their partners – Pilot Flying J and Love’s – for coordinating this initiative,” says Rob Abbott, ATA vice president of safety policy. “Thanks to their efforts, over 1,800 drivers were able to share their valuable thoughts and perspectives on the proposed hours-of-service regulations. Naturally, these views are among the most important for FMCSA to consider.”

“We recognized that we were in a position to help our customers, their drivers and hopefully the entire industry participate in the regulatory process by giving them a voice in this matter,” says Bob Helms, Pegasus TransTech chairman and chief executive officer. “We’re pleased that so many drivers took the time and used Transflo Express to help regulators understand the very real impact hours-of-service rules have on their lives.”

Pegasus TransTech launched the program in response to requests from a number of its fleet customers, Helms says. The company joined with ATA to encourage drivers who wished to comment on the proposed rule changes to send letters through Transflo Express truckstop scanning at no charge to drivers or fleets.

With Transflo Express, drivers hand their delivery documents to a cashier for scanning at almost 800 truckstop locations in the United States and Canada, including Pilot Flying J and Love’s. In seconds, these documents are sent electronically to the fleet for immediate billing and payroll processing. In this instance, the driver letters were sent directly to ATA, which forwarded them to FMCSA. 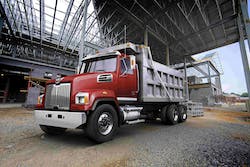 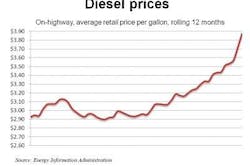 According to truck parking data analysis by TruckerPath, truck parking tends to be more crowded on the East Coast than the West Coast, and data suggests that it gets more full later.