The Federal Motor Carrier Safety Administration and the Civil Rights Division of the U.S. Department of Justice on Wednesday, March 9, announced $55,000 in fines against Omnibus Express, a commercial passenger bus company based in Houston, for operating buses not accessible to passengers with disabilities. Omnibus Express was found in violation of passenger carrier accessibility requirements under the Americans with Disabilities Act.

In addition to the fine, the consent agreement issued by FMCSA and DOJ requires the bus company to upgrade its fleet to meet ADA requirements by July 1 or have its operating authority revoked. “This case makes it crystal clear that we will vigorously pursue commercial bus companies that attempt to evade ADA accessibility requirements,” says U.S. Transportation Secretary Ray LaHood. “Every individual has the right to fair and equitable transportation services.”

FMCSA says an extensive investigation uncovered that none of Omnibus Express’s fleet of 85 leased buses was equipped with wheelchair lifts, and that in the past 12 months the bus company leased 22 new buses that were not accessible by individuals with disabilities. ADA regulations require that at least 50 percent of a carrier’s buses be accessible, and all new buses leased or purchased must be accessible by individuals with disabilities.

“Equal access to transportation is at the cornerstone of autonomous and independent living, and this agreement demonstrates the strong commitment both the Justice Department and the Department of Transportation have to joint enforcement of the requirements that make transportation accessible to all,” says Thomas E. Perez, assistant attorney general of the Civil Rights Division.

In February 2009, FMCSA and the Civil Rights Division of the U.S. Department of Justice entered into a Memorandum of Understanding concerning the enforcement of commercial passenger buses. The memorandum between the two agencies was included in the Over-the-Road Bus Transportation Accessibility Act of 2007 and is designed to ensure consistent ADA enforcement nationwide.

“Thousands of people rely every day on motorcoaches and other types of commercial passenger buses to travel where they need to go safely and efficiently,” says FMCSA Administrator Anne S. Ferro. “We owe it to the traveling public to vigorously enforce ADA requirements and make sure commercial buses are safe and accessible for everyone.” 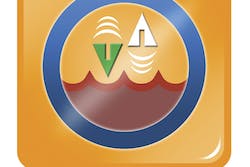 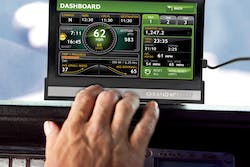 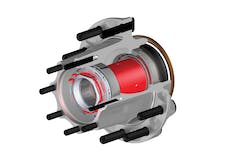 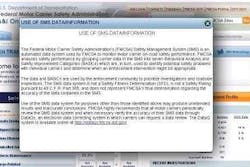