Kirchner said contract logistics and distribution revenues were up in the fourth quarter, due to both an increase in existing business activity and new business wins. “Operating expenses grew at a slower rate than net revenue, despite the fact that we incurred $2.6 million in costs associated with our new financial system,” he said. “Our operating margin improved in the fourth quarter of fiscal 2011 over the same period last year, but it still remains below our long-term target.”

Kirchner said the company anticipates modest volume growth in fiscal 2012, consistent with overall market forecasts, though the increase in the first half of the year is expected to be muted when compared to last year’s strong growth rates. He said the first quarter of the year also may be dampened by higher fuel costs, harsh winter weather, geopolitical events and the near-term disruption caused by the tragic events in Japan.

“These near-term challenges aside, we are still targeting growth ahead of a market which has returned to historical levels, and is more stable than we have seen in recent years,” Kirchner said. “The dynamics of supply and demand are more supportive of yield stability. And we continue to focus on operating efficiency, while we move forward aggressively in our transformation initiatives. These efforts are part of our strategy of achieving long-term growth and sustainable margin improvement.” 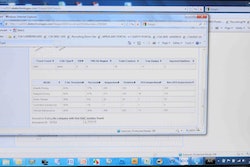 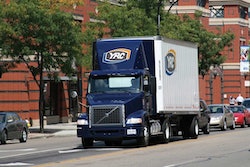 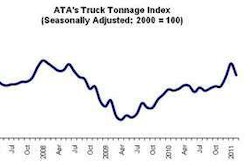