Massachusetts may get 2012 ‘Right to Repair’ vote

The Right to Repair Coalition on Wednesday, Sept. 7, announced that following certification by the Massachusetts Attorney General of its proposed ballot question, it immediately will begin collecting signatures to its initiative petition before the voters. Supporters have until Nov. 23 to get the 68,911 signatures required to secure placement of the question on the 2012 ballot.

The coalition says industry research estimates annual savings of $300-$500 per family when vehicle owners are given the right to choose where their cars are repaired. Consumers across the state visiting local mechanics or neighborhood parts stores have filled out letters of support and sent them to their state legislators. More than 50,000 letters now have been submitted, and the coalition’s Facebook page has received more than 8,000 “likes.”

The Right to Repair Coalition includes consumer advocates like AAA and more than 2,000 independent repair shops, small businesses and retailers in communities across Massachusetts. 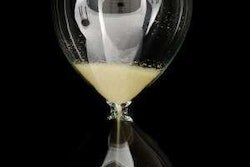