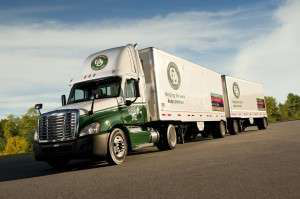 “Old Dominion’s second-quarter performance was truly exceptional, as we set quarterly records for our revenue, margins and earnings per diluted share,” said David Congdon, president and chief executive officer of the Thomasville, N.C.-based less-than-truckload carrier. “During the second quarter, we continued to build significant momentum in efficiency and profitability, while continuing to win additional market share.”

Congdon said Old Dominion attributes its continued success to a “highly efficient” operating structure, an emphasis on customer service and fair pricing. “We are excited about the opportunity these fundamentals provide, which should allow us to further expand our market share and achieve our long-term growth objectives,” he said.