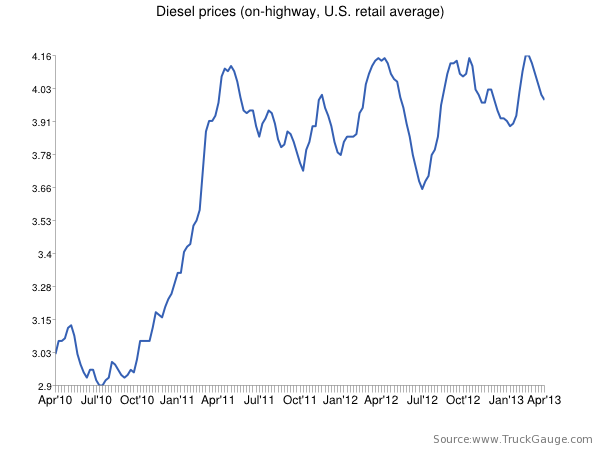 For the sixth straight week, the national average price of a gallon of diesel dropped, falling to $3.977 a gallon for the week ended April 8 — a 1.6-cent decline from the previous week and a 17-cent difference from the same week in 2012, according to the Department of Energy’s Energy Information Administration.

Last week marked the first time since the middle of January that the national average price of diesel was below $4 a gallon.

The Gulf Coast region had the largest decrease, 2.7 cents.