According to numbers released this week by DAT Network via its North American Freight Index, freight volumes dropped in April month over month and year over year — steering from both seasonal and overall trends this year.

April’s freight volumes were down 16 percent compared to April 2012, and down 5.8 percent from March. All three segments — flatbed, reefer and dry van — saw a decline in volume.

Usually, freight volumes increase in April, DAT says, pointing to bad weather and flooding in the Midwest as likely causes of the decline in volume.

Rates, however, moved higher, DAT reports, from March, but were mostly stagnant compared to last April. 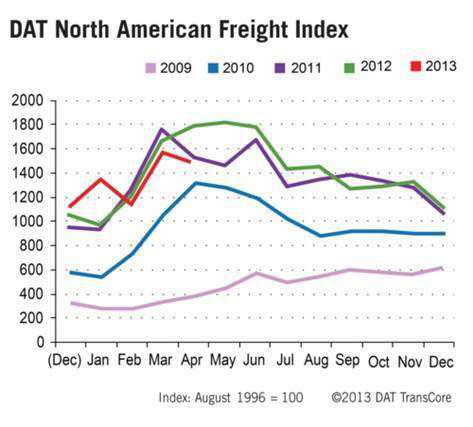