Electronic fuel transactions have been part of the routine in trucking since Comdata introduced the fuel card in 1981. Fleets since have gained control over purchase limits, fuel locations and transaction visibility.

Several years ago, “cardless” technology was created to boost the security and efficiency of truckstop fueling. Rather than drivers swiping cards and entering PINs, the systems require the proper vehicle to be at the pump to authorize a fuel transaction. Z-Con and QuikQ systems now are available at hundreds of truckstops nationwide.

Technologies evolve, but the information captured at the point of sale remains the same. One way fleets and technology providers are differentiating themselves is by using fuel transactions to change buying behaviors.

Fuel optimization software systems can consider the full range of factors involved in fuel buying. The software recommends the purchase locations and gallon amounts along a route. This information can be sent to drivers automatically as part of the dispatch process.

But fuel optimization systems are not always successful. Drivers are independent by nature, and many prefer having the flexibility to plan their own stops within a fleet’s fuel network. Sometimes the recommendations themselves can be confusing, such as times when drivers are told to split fuel purchases at two different truckstops in one day.

For fleets that have not invested in optimization technology or have experienced mixed results, another option is on the table.

Comdata’s latest enhancement to its fleet card program, FleetAdvance, is available to customers for a monthly fee. FleetAdvance gives each fuel transaction a score based on the net price customers have negotiated with truckstops – cost plus, retail minus, etc.

The score on a scale from 1 to 100 shows how each fuel transaction compares to the lowest possible transaction at another location in the same market segment of the customer’s fuel network.

Fleet managers can view fuel transactions as they take place on a Google Map display. Each transaction is color-coded in green, yellow or red for easy reference. Instant e-mail or text notifications can be sent when a transaction scores below a preset threshold, such as 80.

FleetAdvance has analytical tools that can calculate and compare the actual savings or excess fuel costs incurred by each driver. The scores and analytical tools give fleet managers something tangible to use in conversations with drivers to improve fuel savings.

“The data doesn’t lie,” says Randy Morgan, executive vice president of Comdata’s fleet division. In analyzing the collective fuel data, Comdata found that a majority of the time – 54 percent – drivers do not choose the cheapest fuel locations; they consider other factors besides price, such as truckstop amenities, parking and other considerations. “To think someone is always going to buy fuel the cheapest is not realistic,” Morgan says.

The current release of FleetAdvance is focused on creating awareness for fuel savings using scoring and analytics. Fleet managers can see the savings they would achieve if a driver raised his score from 90 to 95. “It makes everything factual,” Morgan says.

Future releases will be designed to give customers the flexibility to weight fuel scores for factors other than fuel prices, such as truckstop amenities. Comdata also plans to develop tools for pre-planning fuel transactions similar how to fuel optimization software works today. 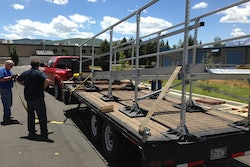 Reviewing uShip with skin in the game 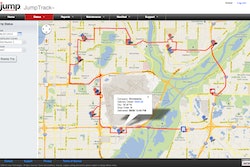 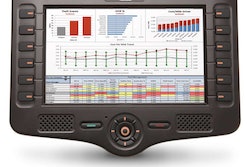