ATA is working with Federal Motor Carrier Safety Administration Administrator Anne Ferro to work out some of the “fundamental flaws” with the program, including “having no-fault crashes removed from CSA,” said Byrd.

ATA has been a strong supporter in recently introduced H.R. bill 3413 that would revert to hours-of-service rules that existed prior to the current rules that took effect in July. “I would submit that current HOS rules impede the free-flow movement of goods along U.S. highways an exacerbates congestion in metropolitan areas and will make the driver shortage worse,” said Byrd, who added that he anticipates a hearing at the House Transportation & Infrastructure Committee in the near future.

Byrd says early statistics show a 3 to 4 percent loss in productivity among large fleets, but says the impact on his own business has been greater.

Highway infrastructure funding is also a priority for ATA, but Byrd said until the stalemate between Republicans and Democrats is broken, nothing is likely to change.

“Highways are literally crumbling beneath our trucks and cars,” said Byrd. “[Congress] knows how to fix the problem, but doesn’t have the will to do it.”

Finally, Byrd said improving driver respect is a cause he plans to champion during his tenure as ATA chairman. “These incredible men and women — US trucking fleet drivers — they brave the dark of night, the ice and snow of the mountain peaks, the heat of the desert, the congestion of America’s highways everyday to deliver America’s goods,” he said. “Everything we need, want and desire comes to you by truck. These brave men and women, these incredible individuals, are disrespected at every turn. When they go to our shippers’ door to pick up, their time is disrespected, they don’t have adequate facilities. Then they get that load secured and get that bill of lading in-hand and go out on the public highway system. And because the motoring public doesn’t understand how we operate as an industry, they are disrespected by the people we share the roads with…when they arrive at our consignees to deliver the goods they receive much of the same disrespect when they loaded the freight. We have to change that. They deserve better. I believe that until we restore the respect that our drivers deserve we can’t expect people to come into our industry to be mistreated and misunderstood.” 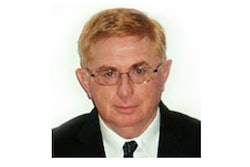 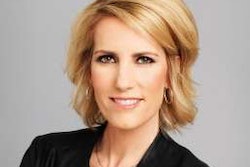