Marten Transport, one of the largest refrigerated carriers in the trucking industry, has actively been diversifying its business and growing its customer base with new dry van, dedicated and intermodal initiatives, said Tim Kohl, company president, at the Avondale Partners session in Dallas. As evidence of its growth, the company has grown its terminal network from five locations to 14 since 2007.

Since 2009, Marten’s load count has increased 34 percent, miles per tractor has increased 6 percent, revenue per tractor is up 28 percent and the company has experienced 17 consecutive quarters of growth on a year-over-year basis.

Kohl credits some of that to Marten’s implementation of electronic logging devices in 2009-10, and noted that e-logs allow the company to focus closely on specific lanes to increase revenue per mile.

Marten’s top five shipper accounts totaled 43 percent of its overall business in 2009. Through its diversification strategy, that number dropped to 30 percent in fiscal year 2013. Currently, no account represents more than 8 percent of Marten’s book of business. “We moved into dedicated a couple years ago when we saw some of the changes in the industry and saw some opportunities,” said Kohl. “Small shippers looking for help with what they do.”

Recognizing that the refrigerated segment of the industry is somewhat immune to the peaks and valleys in the economy, Kohl said Marten has to remain nimble to seasonal demands. “Refrigerated is steady- people have to eat,” said Kohl. “But we have to cover spikes in demand for things like chocolate in December during the holidays and yogurt in January and February when consumers begin their New Years resolution diets. We let shippers know we will cover their spikes but not at the expense of our other small to mid-size shippers.”

The improving freight market has allowed Marten to become more selective when choosing shippers to work with, and Kohl said it has turned away business in instances when customers don’t want to work with the carrier on issues such as driver detention.

“There are big shippers that we won’t go to because we can’t get in and out without six to eight hours of detention time,” said Kohl. “And they don’t want to pay detention. Drivers don’t want to go there. We call them black holes.”

Marten recognizes that some detention time is inevitable, and now pays drivers $20 after the first hour of detention time to compensate them for lost productivity.

Marten’s intermodal business, which includes container on flat car (COFC) and trailer on flat car (TOFC), has grown to become 15 percent of the company’s overall business. Currently, Marten ships about 1,000 loads per week via intermodal. 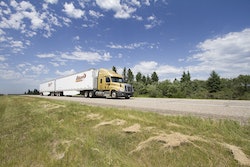 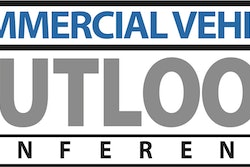 Commercial Vehicle Outlook Conference is underway: Here’s how to follow it