Commercial vans are among the fastest growing automotive segments in the U.S., and Daimler’s Mercedes-Benz Sprinter is among the leaders of the charge.

Rob Moran, Sprinter’s Director of Corporate Communications, said at a Charleston, S.C.-held press event this week that global sales of the company’s commercial van are up 19 percent through September.

Since its introduction in 1995 as a Freightliner product, Sprinter climbed to No. 3 in commercial van sales last year, lagging behind only segment-leaders Ford and Chevy.

The U.S., Tritt says, has become the second largest Sprinter market in the world, behind only Germany.

Sprinter’s marketshare trails Ford, Chevy and GMC. However, GMC, Sprinter and Nissan are the only brands who have shown a marketshare gain in 2014, Tritt says.

Tritt adds 60 percent of Sprinter comes from construction trades, including landscape, HVAC, electrical, plumbing and other home services. Another 15 percent comes from passenger transport; 15 percent from delivery service; and 10 percent from retail and wholesale.

Sprinter, which has also previously been sold under the Dodge brand, has evolved over the years, not only in brand affiliation.

The 2014 models feature a new exterior look, with a new bumper design and headlamps framing a dynamically shaped hood.

Next model year boasts even bigger changes as the company says its will make its Crosswind Assist — a stability control platform that factors in wind — standard on all 2500 Series models.

Mercedez-Benz will also add a third roof height to the Sprinter; a “Super Roof” up to 7 feet tall.

To capitalize on the popularity of the growing van segment, Sprinter says it is rolling out its first TV commercial in November. 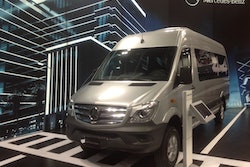 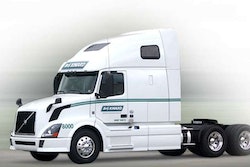 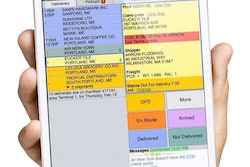