The national average price for a gallon of on-highway diesel fell 11.6 cents in the week ended Dec. 15 to $3.419 a gallon, according to the Department of Energy’s weekly fuel report.

That’s the largest week to week price drop since the week ended Nov. 24, 2008, when the national average tumbled more than 14 cents in a single week.

It’s also the lowest the U.S. diesel average price has been since the second week of January in 2011.

The national average price is now a whopping 45.2 cents lower than the same week last year, according to the DOE. 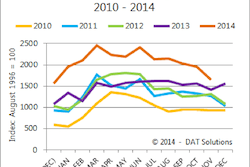 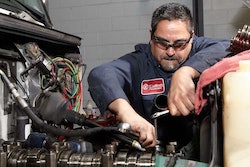