As the North Carolina Department of Transportation reported Wednesday, I-95 South near the 78 mile marker will be closed for at least three weeks because the road has washed out from flooding. NCDOT shifted southbound traffic Thursday onto the northbound side of I-95 in this area with crossovers to create a two-lane, two-way highway. NCDOT will begin rerouting drivers from I-95 South to I-40 West to U.S. 301 to Jonesboro Road and back to I-95 South to get around the washout.

I-40 West from exit 341 to 334 remains closed until further notice, according to NCDOT’s latest update.

Update – Thursday, Oct. 13, 8 a.m.: Part of I-95 near the town of Benson, N.C., has been washed out due to flooding as a result of Hurricane Matthew, so the North Carolina Department of Transportation will be rerouting traffic through Benson to get around the washout. The detour will take travelers from I-95 South to I-40 West to U.S. 301 to Jonesboro Road and back to I-95 South.

In order to complete the detour, NCDOT will have to shift southbound traffic onto the northbound side of I-95 around mile marker 78 with crossovers to create a two-lane, two-way highway. Once the detour is in place, repair work can begin, NCDOT says, and the repairs will take at least three weeks to complete.

Update – Wednesday, Oct. 12, 8 a.m.: The North Carolina Department of Transportation has reported that I-95 is still closed in the same locations as the previous two days. Both northbound and southbound lanes are closed from exit 73 to exit 58 and from exit 31 to exit 13. I-40 westbound is still closed in a seven-mile stretch, too.

In addition to the alternate routes NCDOT suggests below, the agency is also recommending drivers coming into North Carolina on I-95 from Virginia take the following detour:

Update – Tuesday, Oct. 11, 3 p.m.: The North Carolina Department of Transportation has reported no changes in the condition of I-95. Both northbound and southbound lanes are closed from exit 73 to exit 58 and from exit 31 to exit 13. I-40 westbound is still closed in a three-mile stretch, too.

Update – Tuesday, Oct. 11, 8 a.m.: Both directions of I-95 are still closed in two locations in North Carolina as of NCDOT’s 7 a.m. update Tuesday. The agency says the interstate is closed in both directions from exit 73 through exit 58, and from exit 31 through exit 13 due to flooding. I-40 westbound is also still closed between exits 341 and 334 between Newton Grove and Benson.

Update – Monday, Oct. 10, 1:30 p.m.: The North Carolina DOT says I-95 is still closed in several locations as of its 1 p.m. update Monday. The agency says the interstate is closed in both directions from exit 73 through exit 58, and from exit 31 through exit 13 due to flooding.

Additionally, I-40 westbound is closed between exit 341 and exit 334 between Newton Grove and Benson.

Hurricane Matthew has dissipated in the Atlantic Ocean as of Monday morning, but a few major highways remain closed due to flooding, debris and other damage.

South Carolina’s latest update, which was 6 p.m. Sunday, indicated all interstates were open throughout the state. There are still a number of state roads closed or blocked in the state, however, and a full list can be found here.

In Georgia, the mandatory evacuation has been lifted for everywhere except the barrier islands. I-95 and I-16 are both open in the state.

Florida, where the storm dumped rain and wind Friday morning before making landfall in South Carolina on Saturday, has only two road closures as of Monday morning – State Route A1A in Flagler Beach and State Route 206 in Crescent Beach. 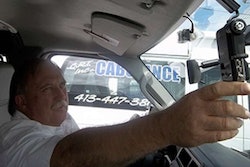 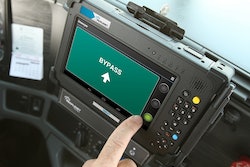