“As the need to retain drivers grows we see EpicVue as a way of keeping the operators we have from moving to another carrier,” said Shawn Nelson, director of driver relations at R.E. Garrison Trucking. “Our retention numbers are good, but if having in-cab satellite TV helps us keep just one percent of our drivers it will pay for itself in lower recruiting costs.

“In the past, we looked at satellite TV as a possible recruiting tool,” Nelson continued. “Then, despite paying more per mile than our competition, we had one of our top teams leave because another carrier was offering EpicVue’s service. That was an eye opener for us, and once we announced that we would be installing the systems, our phones were tied up by drivers wanting to know how soon they’d have EpicVue in their trucks.”

Headquartered in Cullman, Alabama, R.E. Garrison Trucking is a refrigerated carrier that also offers dry van and flatbed services with a fleet of over 700 tractors. Currently, the fleet’s technicians, who were trained by EpicVue, are performing installations at a rate of about 25 to 30 systems per week.

The EpicVue package includes more than 100 channels of DIRECTV programming, including premium channels such as HBO/Cinemax, Showtime and the NFL Sunday Ticket. The in-cab satellite TV systems are offered to fleets with 20 or more vehicles for a monthly subscription fee. 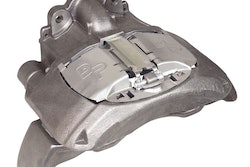 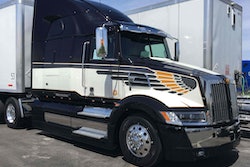