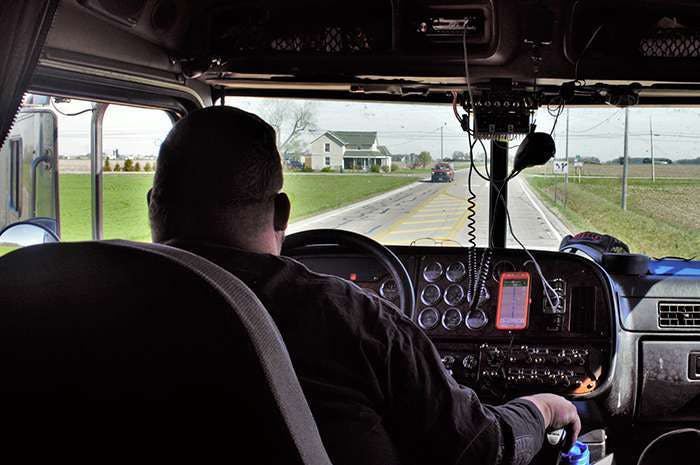 Is it necessary for an ELD to ‘support’ intrastate hours rules?

The short answer: As a matter of regulation, no. The electronic logging device mandate is written in a manner that is more or less agnostic to the hours-of-service rule a particular driver is operating under.

Hence so many states’ ability to adopt the federal regulations for ELDs with relative ease and speed. This went unnoticed by most watchers until it mattered, when Texas, with a massive intrastate market as well as an intrastate hours rule that differs significantly from the federal rule, adopted the mandate by reference with some addenda.

But when it comes to picking an ELD for intrastate operation, choose wisely if your state has significant hours differences from the federal rule. If the device doesn’t support your rule in its functionality, you might not benefit from compliance warnings and quick-glance counters that most devices supply.

“The ELD mandate technical specifications do not mention anything about the [60 hours in seven days or 70 in eight days] cycle rule or exceptions that a CMV driver is currently operating under, and that information is not captured in the required data output file” in roadside inspections, says Ryan Johns, chief technology officer for ELD provider KeepTruckin. “That said, KeepTruckin has implemented a number of state-specific rules to help drivers and safety managers avoid HOS violations.”

Among those supported by KeepTruckin’s app are the California, Texas and Alaska intrastate rules, plus several Canadian rules. From the admin account where an ELD user would set up a driver profile, there’s also an option to select “Other” for the applicable rule, allowing for the program to work on a baseline recordkeeping level like a slightly more automated paper log, with little added compliance assistance in computing available hours.

Keller Encompass “has 18 rule sets built into the app,” Reader says. “The driver can choose which rule set applies to him or her. These features are present to ensure proper compliance and remove doubt or confusion around regulations.”

Ravi Kodavarti, Rand McNally’s director of product management, concurs that ELDs ought to deliver benefits beyond just bedrock compliance. A basic-compliance-only device “wouldn’t be telling the driver how much time you have left to drive, a key part of the value proposition.”

No small amount of road rumor has swirled around the trucking community about just what states might do relative to the electronic logging device mandate for the subset of truckers operating entirely within a state’s borders and keeping logbooks. If a state’s intrastate hours-of-service regulations differ at all from the federal interstate rule, they tend to be less restrictive. They often allow more on-duty time, more drive time and higher cumulative limits.

Joe Rajkovacz of the Western States Trucking Association says that until recently, the big question was: “Do states, for their intrastate markets, thumb their noses at the federal mandate?” Rajkovacz is based in California, which, with Texas, represents the nation’s two largest intrastate markets in the lower 48.

Texas seemed to answer that question this year with additions to its regulatory code governing intrastate operations. It adopted the federal mandate by reference to it, thus requiring implementation of ELDs for intrastate carriers. However, there was one significant revision: Given the size of Texas’ intrastate market, officials decided to delay the implementation timeline.

“If you’re a carrier in a small state, you’re probably always under interstate rules,” says Texas Department of Public Safety Maj. Jeremy Nordloh. “But you can have a significant intrastate operation in Texas.”

Adding further fuel to the intrastate-related road rumors is the additional complexity of a local hauling exemption from the federal ELD mandate. Drivers always running under the short-haul (100- or 150-air-mile radius) HOS exemptions do not need to use an ELD. But if they do occasionally run outside the radius, they can avoid using an ELD as long as they keep a logbook for no more than eight days in any 30-day period. For intrastate mandates, the exemptions for pre-2000 model-year trucks and driveaway operations also will apply.

Apart from state or federal ELD mandates, intrastate HOS regulations in Texas are different than the federal rule. Texas allows 12 hours of driving in a 15-hour window, with a 70-hours-in-seven-days cumulative on-duty limit. Hours regulations also differ in other states with significant intrastate markets, such as California, Alaska and Florida.

Many ELD providers support a variety of intrastate rules, delivering hours-limit warnings to drivers and carrier staff operating under a specific rule. However, many new providers entered the market following the federal mandate. Most of their products offer compliance warnings, time counters and such, but not all have options for particular intrastate rules.

Texas’ relaxed timeline for intrastate haulers requires ELD use on Dec. 19, 2019, two years beyond the December 2017 deadline for interstate truckers. Chief in calculating that delay, Nordloh says, is a concern over having enough providers to support Texas’ intrastate rules. “We gave it a blanket deadline in December 2019 to give as much benefit to the intrastate carriers as we could,” he says.

With that date, Texas has pushed adoption and enforcement of the ELD rule a bit further than is technically allowed by federal regulation, meaning there could be some risk to federal funding of safety and enforcement programs.

Guidance in Title 49, Part 355, of the Code of Federal Regulations requires states to “adopt and enforce” federal regulations pertaining to intrastate commercial vehicle operations within three years of the effective date of the federal regulation. Since the effective date for the ELD rule was Feb. 16, 2016, the three years would be up in February 2019, 10 months before the state’s deadline for compliance with its intrastate rule.

Not all exception states are pushing against the three-year regulatory adoption requirement as aggressively as Texas. Florida’s Legislature last month was adopting federal regulations and specified a Dec. 31, 2018 date for ELD implementation for carriers operating under its daily limits of 12-hour-drive/16-on-duty, or cumulative 70 hours in seven days or 80 in eight.

“This gives the intrastate industry time to come into compliance after our legislation passes,” says Major Derek Barrs of the Florida Highway Patrol’s commercial vehicle enforcement office. He notes this is similar to what was “done for interstate carriers after the rule went into effect” in early 2016, with interstate enforcement following near the end of this year, Barrs says.

California might be the most significant remaining intrastate outlier, given the size of its market. Jill Schultz, hours regulations expert for J.J. Keller & Associates, suspects that, unlike Florida’s legislative and Texas’ quick adoption-by-reference methods, the Golden State likely will go through a regulatory action. “California has not put a proposal out yet,” Schultz says.

Officials with the California Highway Patrol declined to comment on a timeline. Fran Clader in CHP’s communications office says the agency is developing “regulations for ELDs, including applicability to intrastate drivers/carriers.” 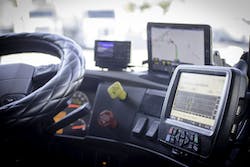 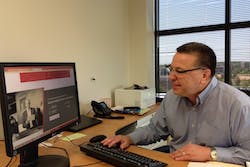 Trucking in aerospace: fleets look beyond compliance to increase safety 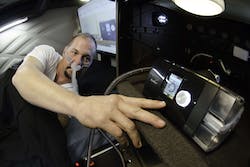 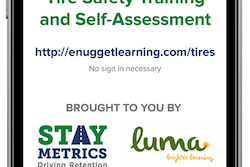