Last month, autonomous truck upstart Starsky Robotics became the first player in the self-driving truck game to drive in fully autonomous mode on a public road without a person in the cab.

A remote driver more than 100 miles from small country road near the Town of Clewiston in Hendry County, Fla. placed the bobtail tractor in drive, centered the truck in its lane and then put the truck in full autonomous mode for a seven mile un-manned jaunt at highway speed.

“The biggest Google test they’ve done, there’s an engineer in the backseat,” Starsky Robotics co-founder Stefan Seltz-Axmacher says of Google’s autonomous driving unit, Waymo. “When you’re doing that it’s a really good insurance policy, but in our case our system is reliable enough that we didn’t need a person in the vehicle.”

Starsky Robotics’ system uses software and radar and camera systems for autonomous highway driving, but solves the issue of final-mile delivery by removing drivers from the cab entirely and putting them in an office where they can remotely operate the truck from terminal to delivery.

Seltz-Axmacher says the goal of his company’s platform is to ease the industry’s driver shortage by allowing drivers located in a centrally located back office to bring multiple units up to highway speed and simply monitor them once autonomous mode takes over.

“If you still have a guy in the cab, you’re not really solving that problem,” he says of the driver shortage. “The [remote driver] should be monitoring the truck at the beginning and end of the trip. [Once the truck is in full-autonomous mode] the guy in the office should be paying attention to a number of other trucks.”

The company’s aftermarket retrofit kit robotically controls the throttle, steering and transmission, mirroring the driver’s input from their office – usually up to 500 miles away, Seltz-Axmacher says. The remote driver uses information from the truck’s cameras and data feed to get a sense of its surroundings.

In April, the company began using self-driving trucks in yards and major freight lanes, hauling everything from 5,000 pounds of milk crates to 40,000 pounds of tile.

In September, Starsky Robotics completed the longest end-to-end autonomous trip on record, hauling Hurricane Irma recovery aid, including water, 68 miles through Florida with a person in the cab but without their intervention.

Seltz-Axmacher says he expects to haul intrastate freight with unmanned trucks this year through partnerships his company has forged with select shippers.

“This marks a major advance for the future of autonomous, unmanned ground transportation,” he says. “It’s time for autonomy to move out of the prototype phase and into commercial deployment.”

Starsky Robotics also closed a $16.5 million Series A funding round led by Shasta Ventures and received reinvestment from its previous investors, including Y Combinator, Trucks.vc, 50 Years, 9Point Ventures, and others.

Seltz-Axmacher says that money will be used to expand the company, hire new engineers and drivers, and will also enable additional long-range testing. 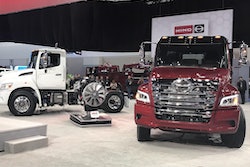 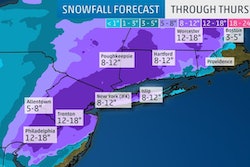 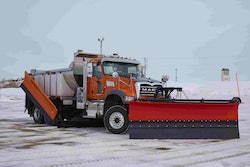