The California Trucking Association and two independent owner-operators based in the state have filed a lawsuit that seeks to derail the state’s test for determining whether a worker should be classified as a company employee or an independent contractor.

The so-called ABC test, set in place by the California Supreme Court in April 2018 in the Dynamex case and then made state law by the California legislature in September, mostly prohibits carriers from contracting freight to owner-operators, both leased or independent. The Dynamex case prompted a wave of carriers to shy away from the traditional owner-operator-lessee model since last April, while California’s new law, known as A.B. 5, will establish state regulations against use of independent contractors who don’t meet the ABC test requirements.

The law could impact more than 70,000 owner-operators in the state, says CTA head Shawn Yadon. “The bill wrongfully restricts their ability to provide services as owner-operators and, therefore, runs afoul of federal law,” he says.

The group argues in its lawsuit, filed Nov. 12 to the U.S. District Court in Southern California, that the federal 1994 Federal Aviation Administration Authorization Act places the federal government in charge of regulating trucking and, thus, California’s law should be superseded by federal regulations. CTA is asking the court to provide an injunction relief for trucking from A.B. 5 and from the Dynamex decision.

“We can protect workers from misclassification without infringing upon independent truckers’ right to make a living in California,” said Yadon. 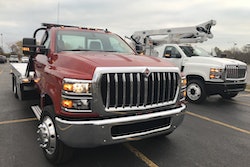 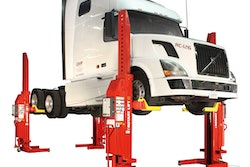