Two heads may be better than one, but when it comes to trucking, the same theory often doesn’t apply. That’s the situation that Nussbaum Transportation faced a few years ago when a customer wanted to find a way to use only one trailer to do a job normally performed by two.

The Normal, Ill.-based dedicated and truckload carrier offers transportation services to a variety of industries such as automotive, agriculture, food, steel, paper, tires, consumer goods and construction. Over the course of its 66-year history, Nussbaum never has been shy about deploying new technologies and implementing best management practices, reflecting its commitment to “setting new ideas in motion.”

“Being at the forefront of the industry has been central to Nussbaum’s business strategy since its inception,” says Brent Nussbaum, chief executive officer. “People don’t always think out of the box, but we love coming up with new ideas.” So when one of Nussbaum’s longtime customers approached the company with a daunting challenge, the hauler relied on its longstanding tradition of innovation to address the customer’s problem.

Electrolux, one of the world’s largest appliance manufacturers with numerous plants in the United States, purchases heavy steel coils for use in manufacturing, which traditionally is transported by flatbed from steel suppliers. After the steel coils were unloaded at Electrolux’s plants, the flatbed carrier would need to find freight to haul from other shippers in the area since only finished goods are coming back out of the Electrolux plants, which requires dry van trailers.

Nussbaum Transportation worked with a customer and a trailer manufacturer to develop a heavy-duty dry van that could haul both inbound raw materials normally hauled by flatbed and outbound finished products.

To support its freezer manufacturing operations, Electrolux itself faced a costly transportation equation. After bringing in the steel coils on flatbeds, they had nothing to load on those trucks going back out. “One of their biggest challenges was getting flatbed capacity,” Nussbaum says. “They were having a problem locking in the cost of moving the heavy-duty steel coils.” Since Electrolux’s finished product needed to be hauled to distributors on dry van trailers, both ends of the operation generated deadhead miles.

In addition, the steel coils – even when covered with a tarp to protect them from the elements – occasionally still got wet and suffered moisture damage during transit. Also, the coils – which normally range widely in weight from 6,000 to 18,000 pounds – would have to be unloaded by crane, a scheduled process that slowed turnaround times.

After giving Electrolux’s situation much thought, Nussbaum realized that one trailer could be better than two.

In mid-2008, Nussbaum proposed the concept of a heavy-duty dry van – a specialized trailer with a heavy-duty floor built to handle heavier loads such as steel coils.

Nussbaum’s theory seemed obvious in its simplicity: Steel suppliers would load the specially spec’d dry van with heavy steel coils by using heavy-duty forklifts that could drive the coils directly into the van, and then the coils would be transported to Electrolux. In turn, the same dry van would be used to transport Electrolux’s outbound finished product to the company’s distribution centers, allowing the same Nussbaum equipment to remain in the dedicated loop.

The proposal intrigued Electrolux since it would save freight costs by using the same trailers for both inbound and outbound loads. Nussbaum began working with Wabash National on a heavy-duty dry van trailer specification. Several months of design and testing followed “to make sure nothing would fall through the floor,” Nussbaum says.

The dual-purpose trailer was designed with a 35,000-pound floor rating for loads 50 percent heavier than a standard dry van trailer. The trailer would be loaded with heavy products typically requiring a flatbed trailer and be reloaded with finished products requiring a dry van.

The dry van trailer was designed to load and unload more quickly and safely than a flatbed and to offer the added benefit of protection from the elements, helping to reduce damage claims. Steel coils and other cargo are strapped down to D-rings attached to the trailer’s floor.

“The driver doesn’t have to back into the plant to load the van,” Nussbaum says. “A forklift driver meets the dry van at the loading dock, and the driver straps the coils down. It’s a much faster loading process for the steel manufacturer.” In addition, the heavy-duty trailer would help enhance loading dock efficiency and safety by eliminating delays due to crane availability and inclement weather by removing the need to tarp and untarp.

Nussbaum says that while Electrolux initially was concerned that the heavier floor would shrink trailer capacity, the final trailer design preserved the traditional interior widths and lengths of a typical dry van. The enclosed dry van also would help protect cargo from theft.

In February 2010, Nussbaum received a three-year contract from Electrolux for the first operation using the new heavy-duty dry van. The dedicated operation began hauling material from a steel supplier in the Chicago area to Electrolux’s plants in St. Cloud, Minn., and Webster City, Iowa, using 15 trucks and 30 trailers.

Nussbaum says that in operation on his company’s first dedicated route for Electrolux, the new trailers have reduced deadhead miles significantly and put fewer trucks on the road by eliminating the need for flatbed service inbound to the plant, greatly increasing truck utilization. Since the same trailers are used for both inbound raw materials and outbound finished goods, transportation needs have been cut almost in half. Meanwhile, the possibility of moisture damage from tarped flatbed loads has been eliminated.

Because the same dry van that provides Electrolux with raw materials is used to haul finished freezers to distribution centers, the company says it now is assured of regular shipment of inbound raw product and has reduced fluctuations in transportation costs based on flatbed carrier availability. Electrolux says it now can predict shipping costs more reliably throughout the year.

Nussbaum now is expanding the use of the heavy-duty dry van trailer to other industries. “Using this trailer in a roundtrip dedicated solution provides more predictable shipping costs, a very important selling point for customers,” Nussbaum says. 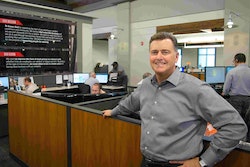 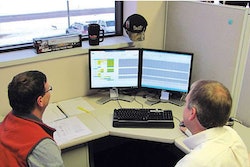 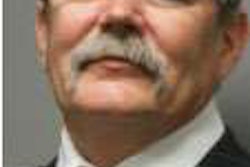