As the Russian military cut a path across Ukraine late last week, GP Transco Vice President of Business Development Sergey Bort and CEO Dominic Zastarskis leapt into action – at least as much action as you can leap into from 5,000 miles away.

Contacting trucking and logistics industry stakeholders, the Joliet, Illinois-based duo launched a fundraising campaign that quickly swelled into the six-figure range in a matter of a few days. Bort said the company so far has raised $350,000, all of which will go toward Ukrainian humanitarian aid.

“The people of Ukraine are currently in dire need of assistance, and we want to do everything in our power to bring humanitarian aid to them. We started by reaching out to the trucking companies near us in Illinois; with 15 companies currently on board, we are in talks with two dozen other companies in our industry," Zastarskis said. "The people of Ukraine need our help. We don’t have ties to Ukraine nor an office there. It just seems like the right thing to do."

The Russian invasion of Ukraine does have trucking implications beyond supply chain disruption and the potential to influence rising prices of diesel fuel. Landstar, while based in Jacksonville, Florida, has significant exposure in eastern Ukraine. Two agencies operated from there generated approximately $860 million – 13% – of the company’s consolidated revenue last fiscal year.

Zastarskis, a native of Lithuania, and GP Transco (CCJ Top 250, No. 163) are working with the Lithuanian government on distribution of the funds to avoid the money becoming military aid, as their goal is that it reach the people affected by the ongoing war.

Seized and annexed by Russia during World War II, Lithuania has its own dubious history with Moscow. The country gained its independence in 1991 with the fall of Soviet Union and joined NATO in 2004, strategically aligning itself with the U.S. and its Western allies.

"Giving to Ukraine directly, it's kind of a tricky thing right now because they're having a hard time buying things within Ukraine that they need," Bort said. "The more doable thing is finding a neighboring country that is helping Ukraine, and things are purchased from the outside – from Poland, from Lithuania – and brought across the border of Poland for people to use for medicine and stuff like that. It's a lot more efficient because in Ukraine, most of everything is closed."

To join the Trucking & Logistics Professionals For Ukraine, reach out to Sergey Bort at sergey@gptransco.com. 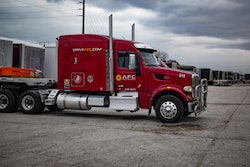 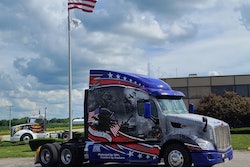 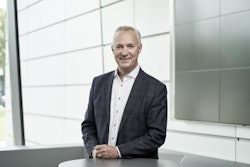 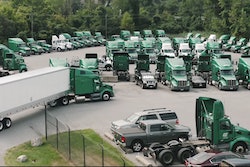