Jason Cannon, CCJ chief editor
Sep 9, 2021
Semiconductors are the most well-documented and most sought after component, but there's currently more than 20 products and parts experiencing late and partial deliveries and that it could be as high as 40.

The supply chain issues that have plagued truck and trailer production this year are unlikely to be resolved soon, but when they are, FTR Vice President of Commercial Vehicles Don Ake expects each segment to set records.

Presenting Thursday as part of FTR's ongoing virtual State of Freight series, Ake said there are no reliable signs that would allow anyone to predict when there will be any relief in the supply chain, which he called "the worst supply chain/shortage environment since World War II."

Semiconductors are the most well-documented and most sought after component, but Ake noted there's currently more than 20 products and parts experiencing late and partial deliveries and that it could be as high as 40. "Once you get over 20 it really doesn't matter," he said, "because it's going to slow (production) down. Even if the semi conductor issue was solved on the Class 8 side, you still wouldn't be able to get up to maximum production."

"As soon as they get five components in and they think they're good, they get another delivery and it's short five other components and they're not good," he said.

Demand for semiconductors continued during the shutdown but production shifted more toward consumer goods like TVs, computers and home appliances as demand for trucks and autos was expected to crater amid state lockdown orders. Some semiconductor factories around the world shut down to slow the spread of COVID and were slow to restart, causing supply to fall significantly behind demand. A resurgence of COVID in Japan and Malaysia slowed semiconductor production restarts in those countries. "That hit our industry hard in July," Ake said, noting there is little excess capacity in the semiconductor industry because it's a low-margin product dependent upon high volumes to earn profit.

Due to component shortages (semiconductor and otherwise) OEMs are assembling units that are not complete, generally lacking one or more components – commonly called “red tag units.” Ake said red tags began appearing around February and, he said, "at that time were manageable. Red tag units surged in July as semiconductor deliveries slowed." Ake estimated that there are currently 13,000-20,000 red tag units sitting partially built across OEMs.

Truck production is currently running at a monthly deficit of more than 11,000 units compared to maximum production potential, while trailers are at a deficit of almost 9,000 per month.

As much as OEMs are clamoring for parts, they're also in need of employees.

"Suppliers need workers desperately," Ake said. "If they were able to build more trailers, almost all the OEMs need more workers. That's a very important piece of the problem here."

OEMs to-date have been cautious about booking 2022 orders due to high commodity costs and labor woes, leading to scheduling challenges into the first quarter of next year. Unbilled orders into 2021 are going to roll into 2022, "so they're not sure how many units they need to build in 2022," Ake said, adding the supply chain makes it hard for OEMs to even predict how many trucks and trailers they will be able to build.

Class 8 truck inventories are low and at "critically low levels" at the dealer level, according to Ake, leaving many dealers to rely solely on service work as a revenue stream.

Ake expects component shortages to persist through the first half of 2022, although he expects trailer production to ramp up faster than Class 8 provided labor markets recover. Orders from 2021 will roll into 2022, he added, but the industry won’t catch up with demand until well into 2023 (trucks) and 2022 (trailers).

There was already tremendous pent-up demand for trucks and trailers coming out of the economic restart, but now there is even more pent-up demand after the supply-chain crisis. 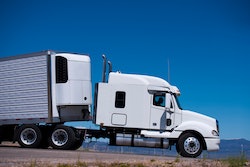 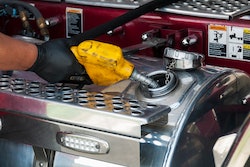 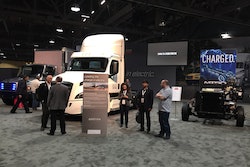