More than 200,000 trucks are being recalled by Daimler Trucks North America for an issue that could cause uneven braking during an adaptive cruise control (ACC) braking event, according to National Highway Traffic Safety Administration documents.

Daimler said “chemical corrosion could affect the functionality of the brake modulator valve, which during an ACC braking event may result in full system pressure applied to one wheel end." In such an event, full brake system pressure on one wheel end could cause a sudden change in direction due to uneven braking on the front axle. Daimler noted that regular service brakes are unaffected.

Daimler issued a recall in July 2020 of more than 160,000 Cascadia models due to possible corrosion of unpainted brake modulator valves with a remedy of painted valves. In September, DTNA received two reports from one customer of vehicle pull during an ACC event with the painted valves. The dealer was able to isolate the failure to the painted steer single modulator valve after repairing the vehicle, DTNA said.

During an investigation, Daimler analyzed the failed parts and found debris associated with corrosion, and also conducted a warranty search  and was unable to find claims alleging brake pull events caused by valve corrosion. The company also worked with customers in heavy-salt regions of the U.S. and Canada to randomly select parts to inspect. Corrosion tests found varying degrees of corrosion build-up on the valves installed on trucks operating in the aggressive salt belt region of Southeast Canada, as well as the Northeastern U.S.

Affected vehicles will receive an anodized valve. Daimler said repairs will be released in phases based on locations of the vehicle, and repairs will be performed by DTNA-authorized service facilities. Daimler will also be offering a refund for owner-paid repairs covered by this recall if the repair was performed prior to the date indicated in the reimbursement plan, which will be posted with owner notification letters.

Owner notification letters are expected to be mailed Dec. 30, 2022. Owners can contact DTNA customer service at 800-547-0712 with recall number FL-958. NHTSA’s recall number is 22V-817. NHTSA said this recall expands and replaces the previous recall from 2020, and all vehicles previously repaired under that recall will need to have the new remedy performed.

Ascend Trucking, a dry van full truckload carrier based in Nashville, recently announced a pay increase for its lease and lease-to-purchase operators.

“Ascend Trucking does not compensate with percentage pay to protect our business partners from volatility within the spot market,” the company said. “Offering compensation per mile allows contractors increased financial stability.”

Ascend was formed earlier this year by the merger and integration of Milan Supply Chain Solutions and J&B Services. 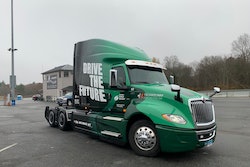 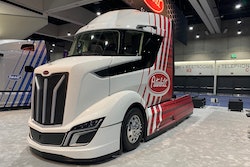 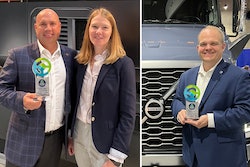 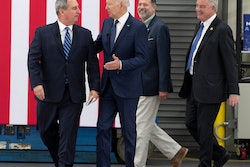