Bob Nicholas, fleet director of Waste Pro USA, which has 1,400 vehicles working in seven states, knows that today’s refuse trucks share little in common with those that rolled along residential streets a few decades ago. The turning radius and visibility certainly have improved, and drivers enjoy a more comfortable ride, he says. Features like automatic side loaders even make it possible to collect bins of trash with a single driver rather than a crew of two or more employees.

Of course, there have been a few bumps along the way. The drivers of trucks with automatic side loaders may be more productive, but they also tend to drive more quickly now that there are no coworkers running behind them. This leads to higher heats in wheel ends, shortening the life of everything from brake components to tires, which face the added stresses of stop-and-go environments at the best of times.

The challenge deserved a technical solution of its own. It’s why Waste Pro USA now is equipping all of its side-loading trucks with speed limiters and a system that monitors the power take-off.

“When [the driver is] on the route, he has to have his hydraulic system working, so that gives us a signal,” Nicholas says. “As soon as he goes off the route, he turns off the PTO, and then he can drive the truck at full speed to go to the landfill.”

The trucks originally were limited to 25 mph and second gear when rolling through residential areas, but the speeds now are being reduced to as little as 15 mph in the search for the most component-friendly setting. “It’s kind of a win-win in many ways,” Nicholas says, referring to the benefits of added safety and an enhanced image for the fleet. “We’re not getting phone calls saying, ‘Your driver is speeding.’”

Like these automated speed limiters, advances in today’s refuse trucks are delivering a wide array of benefits as diverse as longer equipment life, improved fuel economy and enhanced safety.

“We’re also looking at trucks that work at idle – no more speed-up, no more running a truck at 1,400 rpm,” Nicholas says. “We run them at 900 rpm, and there are hydraulic pumps that allow us to do that. That’s kind of our standard specification now. It reduces noise, it reduces wear and tear on the engine, and it reduces fuel consumption.”

The advances aren’t limited to diesel engines. The race to control fuel budgets and lower emissions are leading manufacturers and buyers alike to explore a broad list of options, including alternative fuels like compressed natural gas and hydraulic hybrid systems that capture the energy created when a driver applies the brakes.

Still, every region will present unique challenges for years to come. Natural gas fueling stations may be found readily in jurisdictions like California and Texas, but the infrastructure is lacking in other areas, says Janice Bradley, executive vice president of the Waste Equipment Technology Association. “In the next five years, they might become totally mainstream, but in parts of the Midwest, not so much,” Bradley says.

There are other factors behind the related decisions. While Nicholas is impressed with the way hydraulic hybrid systems work, he remains wary about future maintenance needs or replacement costs. That’s why his fleet is embracing CNG as an alternative to diesel. “It appeals to the municipalities,” he says. “It’s a commodity we can readily acquire quickly. Once we put in our fueling stations, we’re good to go.”

Regional differences in these trucks are not limited to fuel supplies, either.

Equipment choices still need to account for the unique layout of a community’s streets, Bradley says. Automatic side loaders would have a tough time fitting through the narrow alleys in a historic area of Washington, D.C. In areas like that, curbside collections are left to smaller trucks that simply transfer loads to larger landfill-bound equipment.

Besides that, any changes to trucks can involve more than the vehicles themselves. A side-loading design requires a commitment to using the bins that go with them, and a strategy to deal with the waste that won’t fit inside a bin.

Other upgrades to refuse equipment are being introduced in the name of safety.

“Accidents and injuries and ‘struck-by’ injuries and fatalities in this industry are still a huge concern,” Bradley says. The role of a solid waste collection worker is now the seventh-most dangerous job in the country, according to the U.S. Department of Labor’s Bureau of Labor Statistics. It recorded 26 related fatalities in 2010, up from 20 in 2009.

Truck features can help make a difference. New equipment standards to be unveiled in 2012 will focus on the need for fall protection and ladders. “They’re very tall vehicles,” Bradley says. “If someone falls off one, they usually sustain a fairly significant injury.”

Options such as backup cameras, event recorders, collision avoidance systems and alarms also are promising to keep a careful eye on the space around a truck. “They all go to a safer operation of the vehicle itself, and giving the operator the ability to have greater awareness of his surroundings,” Bradley says. The growing interest in tools like these is leading her association to track their installation beginning next year.

But as advanced as technologies can be, ongoing specs still will need to consider the harsh operating realities that always will be faced by a refuse hauler. “We have a difficult application out here,” Nicholas says. “We have garbage flying, and sometimes it falls out of a can, it falls down onto an arm, and it can do these kinds of things.”

The industry’s mechanics need to maintain easily accessible common components and replace things like O-rings or hoses, he says. And some upgrades always will be related to the fight against brute force. “Right in the rear loader, in the hopper, for example, whatever the manufacturer’s standard offering is, where all this material is being thrown in and you cycle this thing 1,000 times a day, we put a little heavier steel in that area,” Nicholas says.

“With all the technology that’s happening out there, we still like the old KISS system. We like the manufacturers who still want to ‘Keep It Simple’ and think about their designs at our level and what we have to do.” 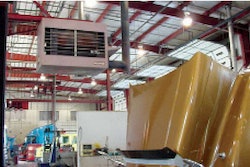 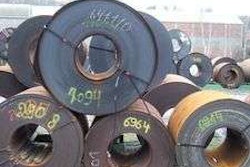 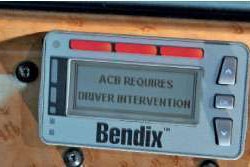 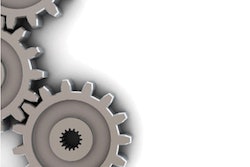