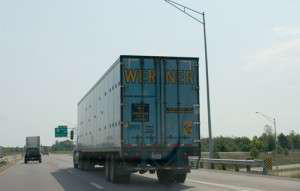 The Omaha, Neb.-based company said second-quarter 2012 freight demand demonstrated typical seasonal trends and improved into June similar to the second quarter of 2011, and that freight demand to date in July 2012 continues to show typical seasonal trends similar to July 2011. Freight demand trends are being helped both by supply side constraints limiting truckload capacity and demand generated by economic activity from our customers, according to Werner.

Werner said average revenues per total mile, net of fuel surcharge, rose 2.6 percent in the second quarter, while contractual rate increase percentage awards to date in 2012 are similar to the same period of 2011. The company said its truckload segment experienced a balanced freight market with respect to freight and trucks during the second quarter with normal seasonal strengthening at the end of the quarter, while spot pricing was slightly higher.