(EDITOR’S NOTE: This is Part 2 of the CCJ coverage from the “All About the Driver” panel discussion Oct. 22 at the American Trucking Associations Management Conference and Exhibition in Orlando. Part 1, featuring a debate on hourly pay for drivers, is here. Part 3, on driver recruiting and retention, is here.)

Recent changes in the hours-of-service rule have delivered yet another regulatory blow to the trucking industry’s overall operating efficiency and its ability to retain qualified drivers, a panel of fleet executives concluded this week. And, most critically, the changes could have a negative impact on truck safety. 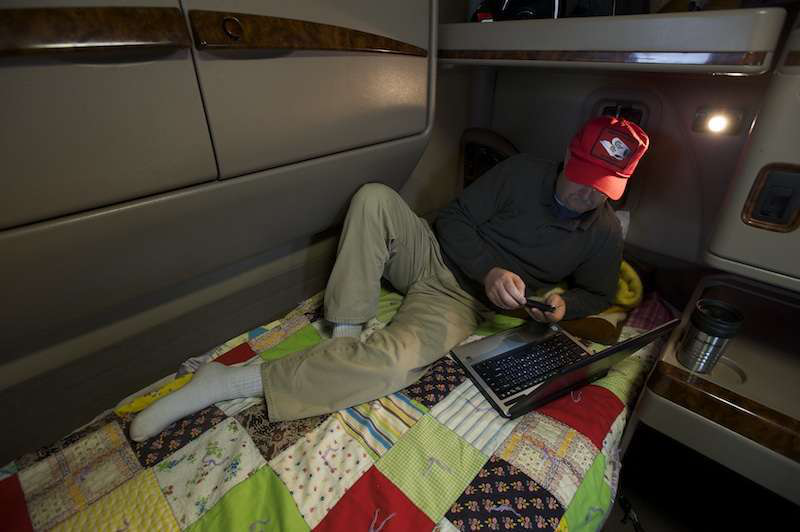 Leathers was responding to a recent survey in which 44 percent of carriers said the July changes to HOS have hurt the ability of fleets to find and keep good drivers. The discussion was part of a driver-focused session Tuesday at the annual American Trucking Associations Management Conference and Exhibition in Orlando.

And while the panelists each said that, three months in, the hard data was still being developed, all had anecdotal examples and intuitive expectations.

At Werner, as Leathers explained, the number of drivers in the 60-67 age group had held steady for “a long, long time,” as a few would retire and about an equal number would move up.

In the 90 days leading up to the hours-of-service change, that number fell by half.

“It’s my belief that’s a representative sample across the industry of drivers who just said, ‘I’m out. I’m done. Thanks, but I’m moving on,’” Leathers said. “That’s been the silent victim of these changes: The drivers that are probably some of the most-qualified we have are saying, ‘I’ve had enough and I’m not going to do it.’ That’s concerning.”

“The thing that’s most unfortunate is we’ve worked very hard to build a better lifestyle for our drivers – more out-for-a-week, home-for-a-weekend opportunities. The new restart has been most painful for those folks,” Gordon said. “They can’t leave the house until after 5 a.m. If they get hung up somewhere, they lose that time the next week. So the very people we’re trying to tell, ‘we’re going to do right by you, we’re going to get you home to see your family,’ they’re the ones paying the price.”

Jeff Flackler, vice president of transportation for Wal-Mart Stores Inc., likened the situation to tuning a carburetor: “You get it just right and runs really well. But if you go just a little bit further, it starts choking,” he said. “Drivers do get frustrated by this and say, ‘I’ve had enough.’ It is frustrating.”

Driving the most experienced professionals out of the industry can’t be an effective way to improve safety, suggested moderator Dave Osiecki, ATA senior vice president of policy and regulatory affairs. And though the numbers aren’t in, the changes don’t make safety sense in several ways, according to the discussion.

“The facts of the matter are that if you look at accidents in your fleet, right turns are the most common, but entrance and exits from onramps and merging into traffic is always in the top five,” Leathers said. “We simply are requiring drivers to enter and exit more than they did before July 1, period. I have a hard time believing that’s safer.”

Leathers refers to the newly mandated 30-minute rest breaks during the driver workday, and the added risk of added stops. But the entire panel also rejected FMCSA’s claim of driver-health benefits as a rationale for the rule changes.

“We’re simply making drivers sit around for 30 minutes and not do anything because some bureaucrat thought that was somehow healthier,” Leathers said. “I’ve said it before and I’ll say it again: When you take a family vacation and you take a break just because the kids needed one, and you get back in the car and need to make up time, you’re usually a little frustrated – or maybe that’s just me.”

And there’s another level of driver frustration.

The bottom line is important for the company as well. The industry anticipated some impact on productivity because of the HOS changes, but the complicated nature of the business made pinpoint predictions difficult.

“We’ve definitely felt the impact, though we’re still not quite to ready to quantify it,” Gordon said. “We’ve seen an impact with our teams and with our higher work content applications.”

Gordon Trucking has had to reschedule some dedicated work, while some drivers “that run closer to the governor” have lost turns in high-velocity lanes.

“With all the different applications that we have, it’s a hand-fight trying to figure out where it’s going to have an impact,” Gordon said. “Unfortunately, sometimes we’re not getting feedback from drivers until they walk. We’re trying to dump water on those fires as they pop up.”

At Werner, Leathers said the impact on team operations “caught us most off-guard,” so management didn’t have a plan in place on July 1 to mitigate the impact of the HOS change. Specifically, it’s the high-velocity routes that are no longer feasible.

“In some of those applications we’ve seen a 6 percent loss in productivity; in most, it’s probably closer to 4 percent,” Leathers said. “Fleet-wide, it’s come in as we’ve said along: at 2 to 3 percent. In dedicated, there’s everything from 0 to 9 percent impact on the company.”

Flackler says Wal-Mart is not seeing any “significant degradation of productivity” from its contract carriers. For Wal-Mart drivers, the HOS change “was not a big deal, because of the way we run.”

“On a shorter work week, we don’t always get the full work week from the driver,” Flackler said. “That’s yet to be determined.”

Leathers cautions fleet executives not to lose sight of the individual driver in the corporate-level math.

“In every case, the driver is impacted. Somebody’s working longer, somebody’s taking a lot longer to drive that truck and finish that turn or finish that route,” he said. “They may be making the same amount of money, but they’re spending more time to do it.”

Ultimately, whether someone says the HOS changes are having very little impact or a significant one, they could very well be using the same data to support the claim, Leathers pointed out.

“When we meet with shippers they say it hasn’t really made a big impact, or there’s just a little weekend effect, or it’s on the edges and it’s not as big an issue as you’re making it,” Leather said. “We say it’s 2 or 3 percent and it’s killing us. We’re not really disagreeing – we’re just disagreeing on what the impact of 2 percent is.”

He suggested there could be an internal misunderstanding as well: One end of the building might not appreciate that the 2 percent is “a real pain point” for certain fleet operations, especially after years of declining productivity in trucking.

To better make the industry’s case, Osiecki encouraged carriers to fill out the ATRI survey on the impact of hours-of-service.