Three long-haul drivers — licensed in the states of Michigan, Texas and Illinois, respectively — have been ordered to cease interstate operations after investigations uncovered serious violations of federal safety regulations, FMCSA said. All three investigations proceeded from the drivers’ involvement in crashes, two of which resulted in at least one fatality and the third a serious injury to a police officer.

Michigan-licensed driver Tracy A. Ferrell, said FMCSA, was involved in a crash on U.S. Highway 23 in Pickaway County, Ohio, with a passenger vehicle.  The driver of the passenger vehicle was killed, and subsequent investigation determined that Ferrell had repeatedly and excessively falsified his driver on-duty records throughout the five-week period prior to the crash.

Texas-licensed Scotty G. Arnst struck two pedestrians changing a flat tire on the roadway shoulder, said FMCSA, and both individuals were killed. Investigation by FMCSA determined Arnst failed to disclose to three separate employers during the previous nine-month period his involvement in five commercial motor vehicle crashes in addition to his prior terminations as a commercial vehicle operator for high-risk driving.  They also found that Arnst had potentially disqualifying medical conditions he had repeatedly failed to disclose to employers or otherwise had submitted an outdated medical examiner certificate required by federal regulations.

Illinois-based Stewart G. Snedeker, FMCSA said, struck a tow truck and Tennessee Highway Patrol cruiser on I-75 in Campbell County, Tenn. The vehicles had been parked on the roadway shoulder with their emergency lights flashing.  A Tennessee Highway Patrol trooper was seriously injured in the crash. Snedeker fled the scene and was later apprehended and charged with driving under the influence, reckless endangerment and other infractions. Investigation by FMCSA, the agency said, determined Snedeker had potentially disqualifying medical conditions and falsified his medical history to wrongfully obtain a medical examiner certificate.

Imminent hazard out-of-service orders, whether for carriers or drivers, are unique to each individual circumstance, noted FMCSA spokesman Duane Debruyne. All, however, will require specific remediation activities in order to regain authority to operate in interstate commerce. 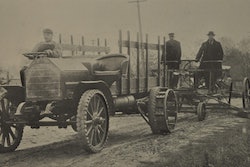 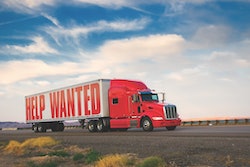 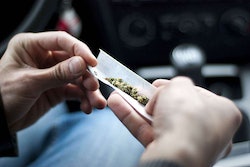