Florida next up to require ELDs for intrastate truckers

A bill moving through the Florida legislature would adopt the federal electronic logging device mandate for intrastate motor carriers (those doing business only in Florida). If the bill becomes law as currently drafted, intrastate drivers will be required to be using the devices in lieu of paper logs by Dec. 31, 2018. The bill makes an exception for drivers carrying placardable hazardous materials.

Major Derek Barrs of the Florida Highway Patrol’s commercial vehicle enforcement office said he was hopeful for the legislation’s ultimate passage “this session. This gives the intrastate industry time to come into compliance after our legislation passes, similarly as it has been done for interstate carriers after the rule went into effect” in early 2016, with interstate enforcement following near the end of this year.

While many ELD providers do provide support for intrastate rules in the software underlying their products, others don’t at this point.

Florida’s move for its sizable intrastate market follows that of Texas, which adopted a December 2019 date for the ELD requirements for intrastate carriers. Florida and Texas also share a set of in-state hours rules that include greater limits than the interstate rule, with 12 hours of total daily drive time, longer on-duty windows and greater weekly cumulative limits.

While many smaller states have adopted the ELD mandate as is for their intrastate haulers, other states with large intrastate markets and more permissive hours regs — chiefly Alaska and California — haven’t set a timeline yet.

“California has not made any regulatory changes to be compatible with the federal ELD regulations” yet, noted a spokesperson for California Highway Patrol’s commercial vehicle section. “Per federal regulation, states have three years to adopt compatible laws or regulations.”

The spokesperson added it was thus premature to comment on the likelihood of a relaxed timeline. 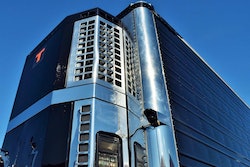 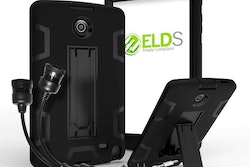