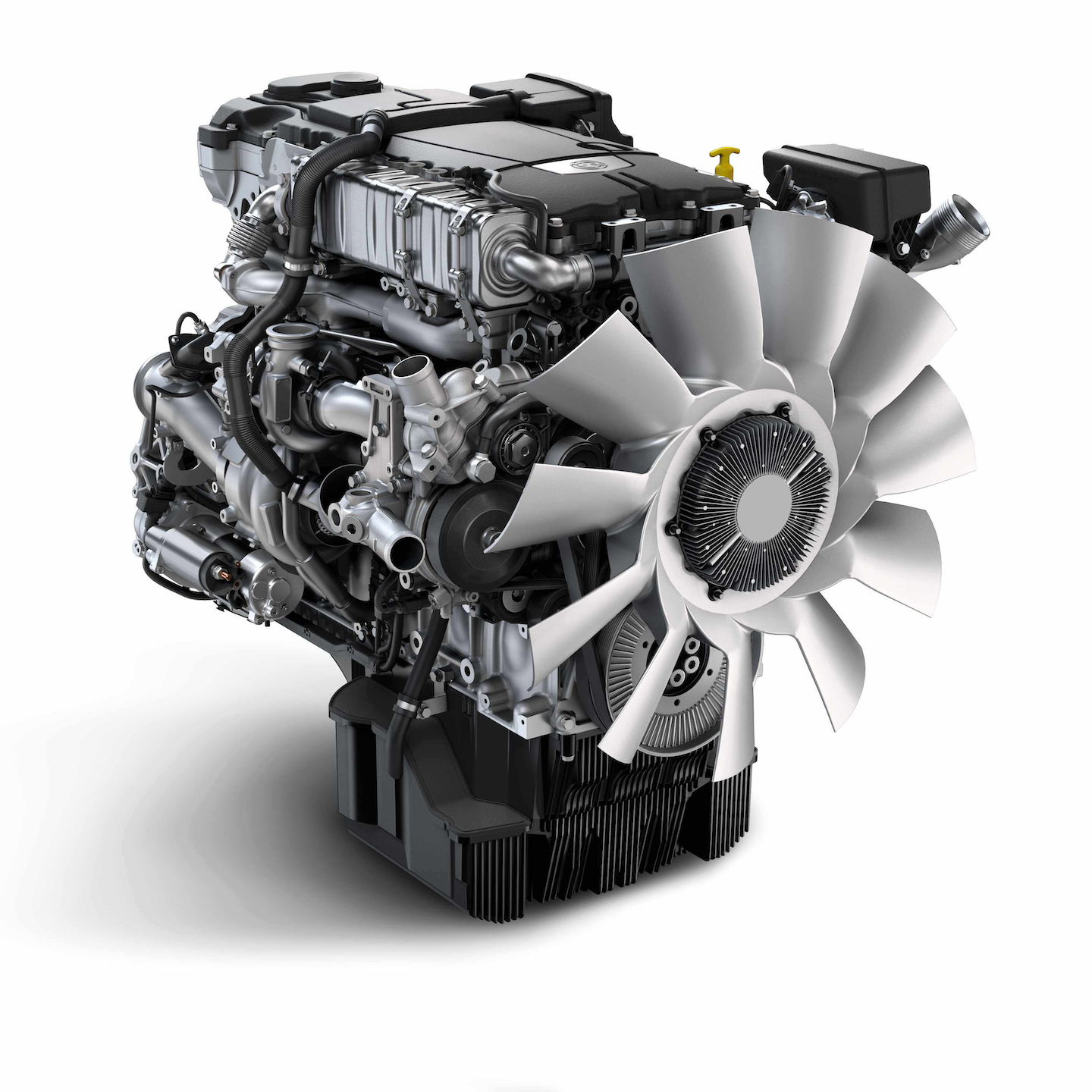 “Our customers and dealers have been asking for a medium-duty engine product from us for years,” said Kelly Gedert, director of product marketing, Freightliner Trucks and Detroit Components. “We always have had a third-party solution, but we want to provide our customers with choice. We now are the only ones in the industry to offer proprietary and third-party solutions.”

Detroit did not announce sales projections for the medium-duty DD8, but Gedert said customer take rate on its DD5 sibling in its first year is roughly 33 percent when there is technical coverage for their application. She added Detroit will supply a DD5 with PTO option later this year. 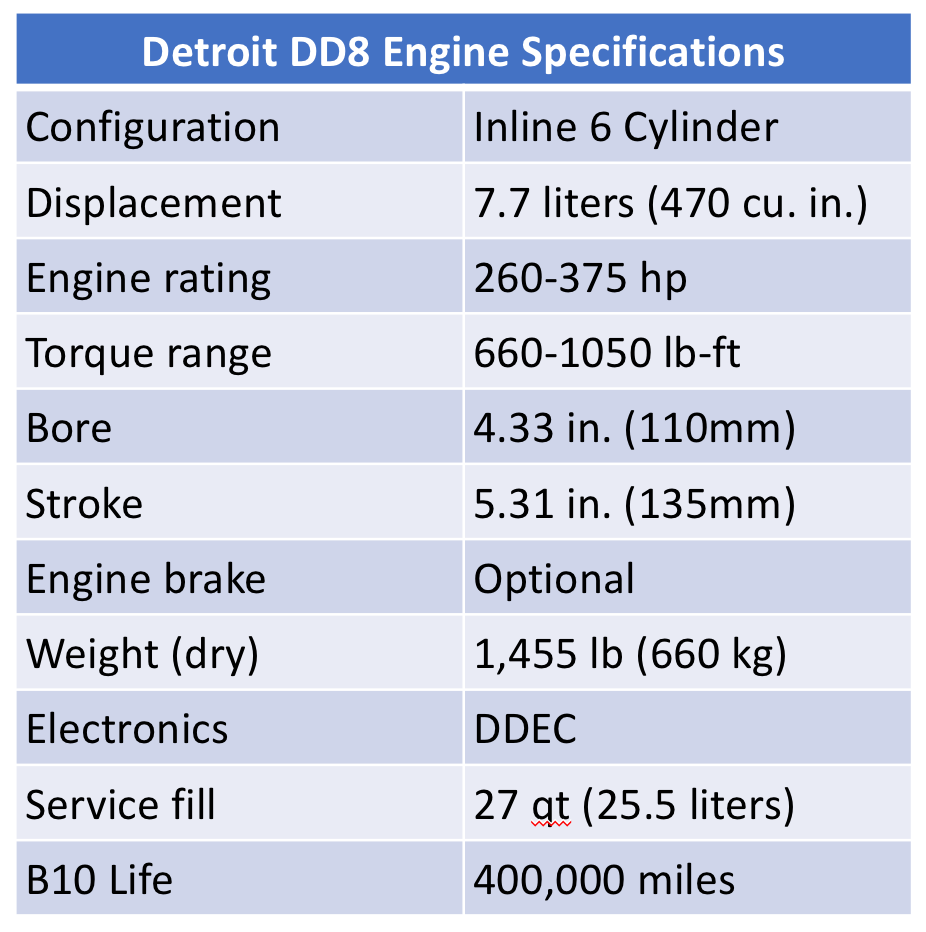 DD8 engine production began last fall and is manufactured alongside other engines and powertrain components at Detroit’s engine plant in Redford, Mich., The new engine is Daimler’s first 6-cylinder engine product for the NAFTA region since the Mercedes-Benz 926 was phased out in 2010. DTNA invested $375 million over four years to tailor the DD8 to perform for the medium-duty and vocational demands of North American customers.

“The DD8 is built for performance with features that meet the needs of those specialized segments,” said Brian Daniels, manager, Detroit Powertrain and Component Product Marketing, adding the Detroit Connect Virtual Technician remote diagnostics system is included for three years/250,000 miles on both the DD8 and DD5.

With the launch of the DD8, Detroit says is the first engine maker in the North American commercial vehicle industry to offer variable exhaust cam phasing, an alternative for manual regeneration that captures increased exhaust temperatures at low engine speeds and pushes the heat downstream to the aftertreatment system.

“The hottest moment in the engine is point of combustion at the top of the cylinder,” said Steve Collins, technical sales representative. “[Variable cam phasing] opens the exhaust valve sooner, while the piston is going down, to take advantage of peak high temperatures.”

The DD8 has three aftertreatment system (ATS) packages available, depending on engine rating, truck model and upfit configuration. An understep ATS system with horizontal and vertical outlets is available for the M2 106, 108SD and 114DS, while a horizontal in-line ATS system is exclusive to the M2 106 with either single-stage or dual-stage DD8. A raised understep ATS configuration with vertical outlet is also available on 108SD and 114SD models equipped with a dual-stage DD8.