Driver shortage: It’s a good time to be an owner-operator

“Top drivers are going to realize that a lot of owner-operators are making a lot of money.”

— Gordon Klemp, president and CEO of the National Transportation Institute

Owner-operators are reaping the benefits of a hot freight market, where spot rates jumped more than 20 percent at the end of last year. Owner-operators paid on a percentage of load “can make six figures in this market,” says Todd Amen, president and chief executive officer of ATBS, which provides business consulting services for independent and leased contractors.

“We think it’s going to be a terrific year for owner-operators,” says Gordon Klemp, president and CEO of the National Transportation Institute, which tracks driver pay. “Top drivers are going to realize that a lot of owner-operators are making a lot of money,” which could lead some of them to consider buying their own truck, likely through lease-purchase but also potentially outright.

The recent tax overhaul – with its 100 percent depreciation in the first year on new and used trucks and trailers – smooths the way for drivers who can get financing to make the leap into truck ownership without going through a lease-purchase program. Add to that the bargains available on three- to five-year-old used trucks, and it “really changes the complexion of being an owner-operator,” Klemp says.

Despite challenges in recent years, the owner-operator population has held steady, Amen says, with at most a 5 percent drop during the last couple of years. Owner-operator revenues have crept back up slowly after dropping more than 20 percent since 2005 because of the Great Recession and downward trends in length of haul and other operational factors. In 2017, ATBS clients averaged $60,182.

“Smart fleets are out recruiting some of that ‘hired gun’ (true independent) capacity.”

Owner-operator income could take a hit when the electronic logging device mandate reaches full implementation on April 1. “It could be a pretty rugged period when people start going out of service,” Klemp says. An informal poll by CCJ sister brand Overdrive in January found nearly 26 percent of respondents still had not gotten an ELD.

Owner-operators who used to make money driving 130,000 miles per year can’t do it anymore because of ELDs, Amen says. He sees them responding in one of two ways: They lease on with a fleet and run under its ELD system, or they try to make enough money on the spot market to account for their lost productivity. “Smart fleets are out recruiting some of that ‘hired gun’ (true independent) capacity,” Amen says.

Whenever freight levels are strong and fleets have a hard time finding drivers, they turn to owner-operators to fill the capacity gap. Most large carriers that lease on drivers have maintained the size of their owner-operator fleet, Amen says, but some with “aggressive programs are on a trajectory to grow 10 to 15 percent.”

In some cases, carriers have successfully recruited owner-operators who have paid off their lease-purchase truck by offering the chance to make more money on a percentage pay program. “We’ve heard of a few places that have record recruiting classes,” Amen says. 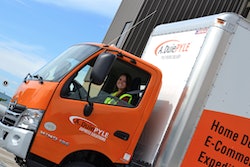 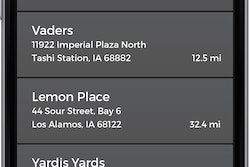 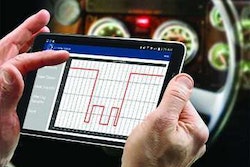