Here’s a look at the announcements as they came in:

Roadmaster, a division of Cooper Tire, released its new RM272 tire at TMC’s Annual Meeting in Nashville. drop-deck trailers. The new tire features a new tread design and compounding that provides improved treadwear and protection against cutting and chipping.

The Maxwell ESM connects directly to a truck’s starter via a dedicated third terminal on the unit. The remaining truck batteries are isolated from the cranking process and concentrate on providing long-term power to the vehicle when it is at rest.

Meritor is previewing breakthrough technology at the TMC Annual Meeting in Nashville that it says will give fleets greater peace of mind and contribute significant tire cost savings to their bottom lines: A new, tractor-optimized, tire pressure monitoring system.

After successfully working for a one-year suspension of the hours-of-service restart, Osiecki said ATA now is working toward a permanent fix.

The T-Dolly design uses an electro-hydraulic pump to pull double trailers closer together once the vehicle reaches 45 mph. If the vehicle slows to 40 mph, the T-Dolly automatically increases the trailer gap.

“Overall, the think the trend will be downward heading toward a new target of 900 rpm at highway speeds,” says Steve Slesinski, director of global planning, commerical vehicle driveline technologies for Dana.

The Eaton-Cummins SmartAdvantage powertrain has proven to be so successful, that Mike Taylor, Cummins Global Powertrain Manager, says the two companies will be continually refining existing products – and introducing new ones – soon. 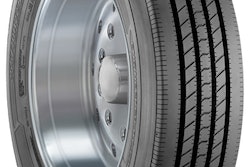 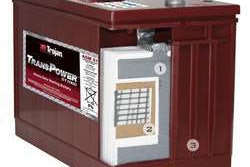 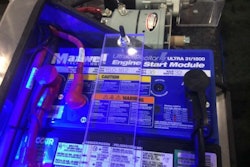