Action in three trucking-related crimes – including a CDL skills testing scheme, household goods moving scheme and illegal transport of hazardous materials – has recently been reported by the Department of Transportation’s Office of Inspector General.

On Feb. 25, Wiley Sanders reportedly pleaded guilty to the charges. Under the terms of the plea agreement, the company will pay a $1.5 million fine to the federal government, as well as a separate $1.5 million community service payment to support remediation and testing efforts in the area where the battery recycling took place. Wiley Sanders also agreed to serve three years of probation under terms that will be established by the court at sentencing, currently scheduled for May 6.

Robert Davis, a third-party commercial driver’s license examiner was sentenced to 15 months in prison, three years of supervised release, $13,500 in restitution, $1,500 in fines and a $100 special assessment fee for his role in an illegal CDL skills testing scheme.

Davis previously pleaded guilty to destroying, altering and falsifying records during a federal investigation into whether he accepted cash payments for a passing skills test score, OIG says.

The investigation found he provided 41 CDL applicants with test score sheets falsely certifying they had passed the tests. The Mississippi Department of Public Safety revoked the CDLs of these 41 individuals who purchased the test results.

Lior Atiyas and Lola Larios were charged Jan. 6 with conspiracy to commit wire fraud. Atiyas, the owner of Premier Relocations, and Larios, an employee, were arrested on Feb. 11.

The criminal complaint alleges that between January 2016 and January 2019, the pair fraudulently used various DOT numbers belonging to other companies and impersonated multiple HHG carriers to obtain customers. They also allegedly created other HHG moving companies, including Metro Van Lines and Lyon Moving and Storage, using fictitious location and listing nominees as the named owners.

As part of the scheme, Premier allegedly deliberately provided “low-ball” estimates to lure customers and then withheld or threatened to withhold the goods unless they paid more than the quoted price. 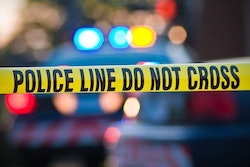