As the curtain falls on 2020, CCJ editors compiled a look back at some of the top trucking headlines from the year. Think we missed something? Drop a comment below or email us.

Business in 2020….scattered, smothered, covered, diced and topped. For those unfamiliar with the terms those are but a few of the options available for hash brown orders at Waffle House. As apt as they are for a plate of shredded and griddle-fried potatoes, they’re just as apt to describe the chaos that descended on the freight-hauling business in 2020.

As CCJ reported in the first weeks of the pandemic, an initial surge of grocery and retail restocking (post panic buying and pantry stuffing) was in some ways masking a sudden and dramatic slowdown in freight movement, and fleets large and small felt the sharp bite of that economic slowdown. A few large publicly traded fleets, for example, reported voluntary temporary pay cuts for high-level executives. Many other carriers reported feeling the pinch, with abysmal rates and loads hard to find.

More than 100,000 trucking companies turned to federal assistance, according to data compiled by CCJ, either for a few thousand or a few million to help keep their operations afloat.

Those bleaker freight days led to a public spat over the rates brokers were offering at the time – a spat that eventually spilled into the offices of the U.S. DOT, with the Federal Motor Carrier Safety Administration accepting comments on rule changes around broker transparency.

Those rock-bottom rates were mostly short-lived, though, with a dizzied economy rebounding in large part on the back of a wave of e-commerce and retail, with consumer habits shifting dramatically. Food consumption tilted away from restaurants and toward grocery stores. Housing and home improvement boomed, creating big demand for materials at places like Home Depot and Lowe’s. Demand for bikes, kayaks and exercise equipment soared. Lastly, manufacturing and other industrial areas of the economy were slow to come back. All of these changes upended the supply chain, causing many shippers and carriers to throw existing contracts out the window and opt for shorter-term deals.

Also, a lot of freight was diverted to the spot market, where rates saw a dramatic reversal in just the span of six months. There are a few lingering issues that could cause freight to slow or shift again heading into the new year.

Hours of service reforms finalized and enacted. When midnight hit on Sept. 29, fleets and drivers had new tools at their disposal for managing their daily and weekly on-duty hours — the first changes to hours of service since 2013 and the first significant overhaul since 2004. Use of the new flexibility options was somewhat metered in the first months as there seemed to be initial confusion among fleets and drivers as to how to utilize the new regs initially. Likewise, ELD makers had to work in the initial weeks to roll out software updates and patches to iron out bugs and other issues. Read resources on the hours of service changes at this link.

Clearinghouse rule takes effect, sidelining nearly 50,000 drivers in its first year. Starting Jan. 6 this year, fleets were required to not only report instances of drug and alcohol violations to the U.S. DOT’s new Drug & Alcohol Clearinghouse, but also were required to ping the Clearinghouse for every new driver hire and at least once for all of their current drivers. Through November, FMCSA reported that more than 50,000 drivers had hit the Clearinghouse’s rolls for violations of either drug or alcohol regs. Marijuana violations so far have made up more than half of those, with cocaine, amphetamines and opioids together accounting for another large block of violations.

When the Clearinghouse rule went live, the system faced repeated outages and downtime as a swell of new users logged on. FMCSA has since beefed up the system and it has reportedly worked well since.

Truck makers turn headline makers. One owns a nearly 120 year old trucking legacy. The other is a six-year-old upstart that has yet to commercially produce its first truck. Despite their positions on opposite ends of the trucking timeline, Navistar and Nikola each underwent signifiant boardroom changes this year. Navistar in November finally OK’d the “it’s a matter of when, not if” scenario of a long-speculated Volkswagen buy-out. Traton – Volkswagen’s commercial truck unit – previously held 16.7% of Navistar, which it acquired via a procurement joint venture and strategic technology and supply collaboration in 2016, and bought the rest for $3.7 billion in November.

The transaction will create the global automotive and trucking behemoth that Volkswagen has longed for, pitting the company firmly against the likes of Volvo and Daimler.

Nikola this year has been dragged through the highest of highs and lowest of lows, all in the span of just a few months. The Phoenix-area based hydrogen-electric upstart was briefly the darling of the NASDAQ stock exchange when the company went public in June.

Just weeks later, the stock cratered and Nikola Founder and Executive Chairman Trevor Milton resigned amid a firestorm of criticism sparked by a skeptical stock short-seller and subsequent inquiry from the Securities and Exchange Commission (SEC). By November, several employees and board members had received subpoenas from both the SEC and Department of Justice.

Driverless trucks come roaring back. After taking a backseat to electrification for most of 2019, autonomous truck technology reared its head again in 2020.

Navistar and Traton each picked up minority stakes in autonomous truck retrofitter TuSimple, which operates a fleet of 40 trucks in the U.S. Navistar bought into the company after two years of an ongoing technical relationship through TuSimple’s self-driving technology. Traton and Tusimple launched a developmental program to operate the first Level 4 autonomous hub-to-hub route in Sweden using Traton’s Scania trucks.

Daimler Trucks and Buses, parent company of Daimler Trucks North America, took another step toward its goal of delivering commercially viable self-driving trucks in 2019 by acquiring a majority stake in Torc Robotics, a Blacksburg, Va.-based autonomous driving solutions provider and developer of the Asimov self-driving software. This year, the company doubled down in partnership with Google sister company Waymo.

Under the terms of the partnership, Waymo will integrate its driving technology with Freightliner’s Cascadia to enable autonomous driving. Freightliner – who with the 2020 Cascadia became first trucking OEM with a Level 2 autonomous driving-enabled truck –  expects its autonomous Cascadia, equipped with the Waymo Driver platform, to be available to customers in the U.S. in the coming years. Waymo’s technology has logged more than 20 million miles on public roads in 25 U.S. cities, and 15 billion miles in simulation.

Autonomous trucking tech firm Locomation in late-Fall completed an on-road pilot program that showcased autonomous trucking technology for the SmartBelt Coalition, a collaboration of transportation agencies in Michigan, Ohio and Pennsylvania. Over the course of one week, two Locomation trucks performed three separate interstate routes under close observation from the involved organizations. One route started at the Pittsburgh Community Food Bank and delivered food donations to families in need in Toledo, Ohio.

Putting AI in the cab. Throughout the year, a number video telematics platforms added new sensors that use artificial intelligence (AI) to detect and alert drivers to distraction, fatigue and other unwanted driving behaviors.

Samsara created new driver safety options for commercial and private fleets that use its mobile platform and Samsara AI Dash Cams. The options include real-time detection and alerting for tailgating and distracted driving.

New driver safety tools were introduced by weigh station bypass providers PrePass and Drivewyze. Both started programs that give carriers more than a lower pull-in rate for inspections, as their drivers can get a heads-up warning through apps and telematics systems for upcoming safety risks along their routes.

Both companies have extensive relationships with government agencies to collect road and traffic data to supply location-based safety information.

“The timing happened to be right for both of us to move in this direction,” said Ray Greer, chief executive of Omnitracs.

Real-time freight matching. Another major acquisition was made by Trimble to expand its Transportation division beyond technology used by asset and non-asset transportation providers. In January, Trimble acquired Kuebix, a cloud-based TMS for shippers.

Collectively, the commercial and private fleets that use Trimble products manage more than 1.3 million commercial assets in North America. Trimble said it is now able to offer those customers access to freight matching opportunities from more than 20,000 shippers and freight intermediaries that use the Kuebix platform.

Freight-matching also benefitted from new breakthroughs in speed and transparency of information. Companies that offer load boards and freight-matching platforms introduced new features that give freight brokers and carriers instant visibility of market rates, as well as ratings and reviews to develop instant trust.

When freight brokers post loads to the DAT network, for instance, they have the option to designate them as “Book Now.” When carriers see this designation, they can lock in the rate and terms of the load using DAT’s app or website.

“This allows the carrier to make the first handshake with a broker in a digital way,” said Ken Adamo, chief of analytics for DAT.

In September at McLeod Software’s virtual user conference, load board and freight-matching platform Truckstop.com discussed a new TMS integration for brokers that use McLeod’s PowerBroker to post their “Book It Now” loads. 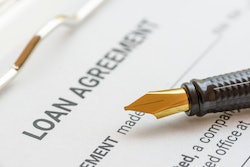 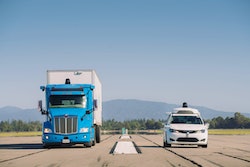 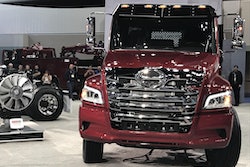